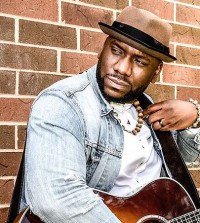 A NEW YORK-based worship leader Jelani Aswad, after 14 years travelling as a professional vocalist, has finally released his first solo album. The eclectic 'The Revival Project' was described in one review as "a genre-bending worship project" which takes in calypso, reggae and gospel music.