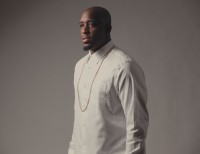 TENNEESSEE-based rapper Derek Minor has released the third instalment of his series 'Up And Away'. Unlike the first two EP projects, 'Your Soul Must Fly' and 'High Above', 'The Trap' is a 15-song album featuring such guests as Tony Tillman, Thi'sl, Aaron Cole, Dre Murray and others. The project has already reached number seven on the iTunes albums chart.