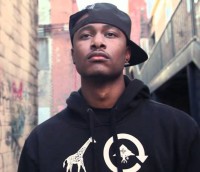 THE RAPPER from St Petersburg, Florida, KB, has released the album 'Today We Rebel' through Reach Records. KB's previous album 2015's 'Tomorrow We Live' made number one on the US Christian charts and number 18 in the US mainstream chart. Speaking about his album KB said, "The only way to deal with an unfree world is to become so absolutely free that your very existence is an act of rebellion." The rapper describes 'Today We Rebel' as "cinematic trap". He said, "It's a lot more introspective. The older you get the more aware you become of the human struggle and the struggle in your own heart. I'm just a man being honest about the world as he sees it."

For more on KB visit the KB artist profile