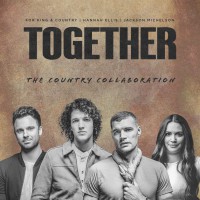 THE WORLD's best-selling CCM act For King & Country have released a new single, "Together (The Country Collaboration) (ftg Hannah Ellis and Jackson Nicholson)". It is issued through Curb Records. A previous version of the song featured Kirk Franklin and Tori Kelly.