They Made Monsters return with 'Reverse The Curse' album 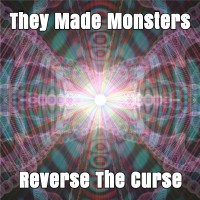 SWANSEA-based They Made Monsters, the recording persona of Steve Lock, has released an album, 'Reverse The Curse'. The album features guest Sharon O'Brien on two tracks. Said Lock, "My album is a musical journey and a glimpse into my extraordinary life, encapsulating my difficult beginnings, my struggle with addictions and powerful demonic spirits, my repentance, and my miraculous deliverance from our amazing Messiah! I didn't want my music to be pinned down to one genre so I have tried to make it as original and as unique sounding as possible hoping to transcend the typical limitations of musical genres and styles, creating a kind of unclassifiable album."