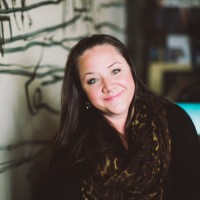 SINGER, songwriter, speaker and life coach Keri Cardinale has released her debut album 'Unveiled', recorded at Old Bear Studios in Buffalo, New York. Said Saint Lewis of grassroots organisation the Worship Community, "I was blown away not only by her heart and talent, but her creativity and the uniqueness of her new CD, 'Unveiled'. Granted, it's a debut and as a debut has its minor flaws - I'm a music reviewer myself, so I know it's true - but when Keri shines, WOW does she shine BRIGHT! I used to love Tooth & Nail band Joy Electric, and Keri takes elements of that raw mono-synth driven electronic vibe and slams it headlong into elements of modern pop and even prophetic worship."