Second single from forthcoming album for the Netherlands' Trinity 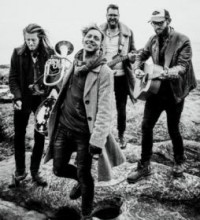 ECLECTIC Latin pop worship band Trinity, from the Netherlands, have released the single "Wherever We Go", through America's The Fuel Music. It was produced by Grammy-nominated, multiple Dove Award-winning Ian Eskelin and Barry Weeks. Read a press release, "'Wherever We Go' is the second single from the band's album, 'The In Between', slated to release this spring in North America. This Protestant band is also performing at the Roman Catholic Church's 2019 World Youth Day."