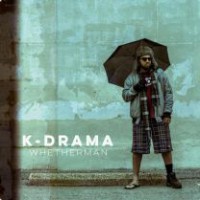 OHIO-based rapper K-Drama has released the album 'Whetherman'. The album features Charde Jones, Scott Simms and Rell Riley. K-Drama is heavily involved in his local community, he has teamed up with churches to reach out to the youth and is also involved in the initiative Ceasefire Cincinnati to reduce gun violence.

For more on K-Drama visit the K-Drama artist profile