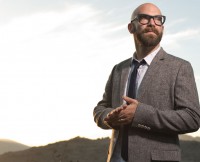 THE SECOND children's project by Californian singer, songwriter and worship leader Tim Timmons will be released on 22nd September. Speaking about 'Who I Am' Timmons said, "My hope behind this record is that kids, and even us parents, would be reminded of who we are in Jesus and then what it would look like to practice following him every day! What if our kids learned early on that they have the same spirit, power and authority that raised Jesus from the dead in them all week long."