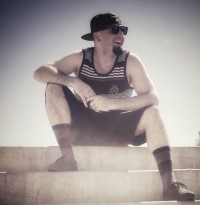 THE RAPPER from Phoenix, Arizona, Hnst-T has signed with Nectar Distribution, a division of Trackstarz, who have released the single "No Look Pass (ftg MvkeyyJ)". Said Hnst-T, "After almost three years as an independent artist, with fragmented leadership and no team, the appeal of joining a support team who is like-minded in both culture and faith was an opportunity I could not pass up."