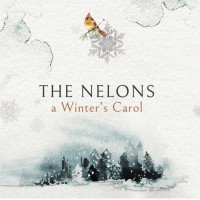 SOUTHERN Gospel hitmakers The Nelons are releasing through Daywind Records on 23rd November the album 'A Winter's Carol'. Produced by Jason Clark, the project is described as "a captivating blend of gospel, acappella, hymns, Americana, folk and inspirational music, the Nelons are a world-class talented family."