Worthy Of It All 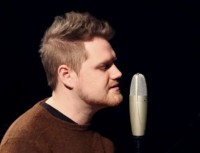 WORSHIP pastor Jeremy Gibson from Easton, Pennsylvania, who has released five independent albums, has been signed to Dream Worship. His album 'Worthy Of It All' is set for release. Read a press release, "While his lyrical style ranges from winsome story telling to direct exegesis of Scripture, his central aim is to represent Christ well. Many of his songs are written for the purpose of corporate worship with the goal of edifying the Church body and discipling church members to adopt a lifestyle of worshipping Christ."