Abbey G: Behind The Decks 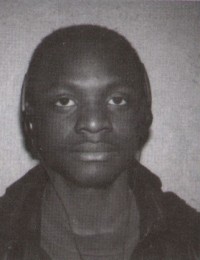 If an award can be given for the hardest working DJ in London this may well go to DJ Abbey G from Gospelmania. A 24-year-old student, Abbey is the director of Gospelmania which is a multimedia promotion agency which is involved in video production, graphic design and technical support as well as DJ activities. Abbey started out by doing private parties and weddings but is now running the Rocking The House set of events at venues across London including Chimes in East London and the Havava Club in Peckham. He has promoted concerts from artists as diverse as Barry G from the USA, the Watchman, Dizzy K and Patrick Jean-Paul Denis and is promoting the forthcoming visit of Parkes Stewart. In addition to the live events there are regular club nights with Abbey playing an eclectic mix of African, reggae, R&B and jungle, mixed up with instrumental hip hop beats laid over gospel tracks. This last type of music has caused a little controversy, but it is a treat to hear traditional gospel tracks given that urban edge. One important feature of any Gospelmania event is that a clear Christian message is always preached in a talk segment of the show, which goes down well. Abbey aims to expand these events across London in 1997 with events already planned for Brixton and West London.