An Audacious Kind Of Worship

The AUDACIOUS event at Sheffield University saw some groundbreaking worship and the launch of a studio recorded worship album. Tony Cummings spoke to Glyn Barrett of Audacious. 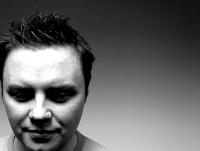 The extraordinary scenes of uninhibited worship at this year's Audacious event in Sheffield has convinced many that far from being another youth culture event languishing in the shadows of Soul Survivor Audacious is today becoming one of the most significant new sources of worship music in the UK. One of the founding fathers of the event, Glyn Barrett spoke to me at the Cross Rhythms offices and began by giving a potted history of Audacious. He recounted, "Audacious grew out of a small camp really. It started about six years ago as a small camp and about five years ago they asked me to take the camp over. So, I said I would take it over, but re-define what it was. It was renamed Audacious two years ago. This year we saw about two and a half thousand delegates attend the conference throughout the week. It's brilliant! The word audacious means to be bold, to be fearless, to be daring, to be unrestrained by convention. For me they are characteristics of what Jesus was like and so Audacious as a word is prophetic. It's teaching young people to be Christ-like for today."

In 2005 Audacious was held at Sheffield University, in 2004 Keele University and the year before that at Lancaster University. Said Glyn, "That's part of Audacity's flexibility. We can take it anywhere. So next year we're going to have it in Portsmouth for a week and then in Sheffield for a week. The year after that we're also going to have a week up in Scotland. But this year we also ran Audacious in the South of Poland as well - and saw 400 Polish delegates attend. That was exciting. So we can pretty much take Audacious and import it anywhere."

I asked Glyn to tell me a bit about the first Audacious album, 'Revolution', produced by Howard Williams and Dan Bowater at Lincoln's renowned dB Studios. Glyn doesn't hold back in describing 'Revolution'. "It's very loud, it's very declarative, it's very much on the front foot. There's not a lot of quiet moments on the album, but that's probably because my ethos is that a lot of the young people maybe come from quiet churches, or quiet scenarios. I think they can be quiet in their bedroom any time they want. So this album is very loud, very boisterous, very enthusiastic."

Glyn is the first to agree that some recent worship albums have become stylised and formulaic. But that's not something you could pin on the 'Revolution' project. The musicians on the album recorded it "because they are passionately in love with Jesus Christ, and everything flows out of that. So the style of the praise, it's Red Hot Chilli Peppers meets Lost Prophets meets Prodigy meets Celine Dion, all in one. If you can imagine that kind of a mix - that's kind of what you've got with 'Revolution'."

The two main worship leaders with the Audacious musicians are Mark Foster and Jenny Dring. The genesis of the band actually goes back nine years to when Glyn and his wife pioneered a youth group in the church where they still minister. Remembered Glyn, "I was the guitar player, my wife was leading worship and there were one or two other musicians. It got to a point where I realised, 'I don't want to be doing this any more. I need to raise up younger people to do it.' And so I just went through the youth group and chose different people to do different things and said, 'You're gonna play bass, you're gonna play keyboards, you're gonna play drums.' None of them played an instrument. About six weeks later we formed the band. They started and in the beginning, it was absolutely horrible - but the Audacious band has grown out of that and today they are phenomenal! The enthusiasm with which they lead crowds of young people in worship is just awesome. At first some people are maybe spectating. But after a while they're just brought into the whole concept of worship through the enthusiasm of the band and the worship leaders on stage."

Glyn is very aware that some people will accuse the Audacious event of simply "whipping up" enthusiasm and that the zeal found at the event won't be sustained once the crowd leaves. Glyn is convinced that Christian enthusiasm CAN be sustained. "I think it's actually biblical to work it out in daily Christian life, as opposed to Christianity just being a struggle. There needs to be that enthusiastic element that makes people look at your lifestyle and say, 'Listen, I don't know what you're smoking, drinking, chewing or injecting but can I have some of that?' That should be the lifestyle of the Christian. St Francis of Assissi said, 'Share the gospel and use words if you have to,' so just something about the way that we live should be attractive and not repel people. For me the word 'enthusiasm' - if there are any scholars of the Bible out there you'll know - the prefix of 'enthusiasm' is 'enthu' or 'entheos' and it literally means 'in God' in Greek. So in the whole book of Ephesians Paul is teaching people that you are not actually Ephesian first and foremost, you are Christian first and foremost. So, for British people, you are not British first and foremost, you are Christian first and foremost. Often being British means to have a 'stiff upper lip' kind of attitude, but in actual fact to be a Christian means you are 'in God', you're 'in God', you're 'in God', you're 'in God', you're 'in God' ... I love the book of Acts where Peter and John are going to church to pray and the Bible says that there was a man who was lame, they healed him and he got up and he was walking, he was leaping, he was dancing and the first place he took that enthusiastic praise was into church. I think that once a young person taps into the brilliance of God - who God is, what he has done, how he has changed their lives - I think once a young person does that, they can begin to outwork that on a daily basis. I've seen it happen with thousands and thousands of young people who are part of the Audacious network. When they come into the conference, they are realising what Christianity should really be about - that passion, that zeal, that enthusiasm - and they are actually living it out 365 days a year."

Sorry I am not much of a believer, but I certainly would not base my believes on loud music, and getting all excited. If I were to comment about God I would say that he provided us with brains fallible though they may be. But brains would certainly not be improved by loud music and getting excited.

I saw your conference on God TV today of the 2008 conference in prthsmouth and it was amazing. I decide to be a Christian from Last november and finally I found the real God . our church is river of love and our pastor is Gordon John Manche and you can see our website to take an idea . Hopefully one time I have the chance to come to UK for a conference.

Listening to Glen Barret preach about Ezekiel 22:30 and the power of good individuals gives me hope for the future, if we act on good and truth. I heard him on GODTV.

I just saw Mr. Barrett on God t.v. and wanted to send this email telling him I loved what he had to say and keep preaching the word of God!!

Audacious 07 was absolutely breathe taking. The preaching was awesome. After audacious I realised that my life has a true purpose. I prophisezed for the first time in my life, filled with this energy in me, that energy was the presence of God, its phenominal, absolutely life changing. I'm only 17 yrs old, but in me is not a 17yr old, in me is the roar which will change my nation I believe, might not change every single soul, but, this determination in my heart to live for my God who lived for me grows stronger every day. Thanks Glyn you're cool, i remember asking you to sign my book, you gave me a verse, which ive read, I hope you hada good time in South Africa. Sophia. ur awesome too, and I thank God for people like you and glyn. Lets not forget.."hyym, can i get some judah" chris hill, guys as such are one in a million. Thanks for audacious, love the new album, jenny u have a beautiful voice, my favourite song is "breathe on me". take care and c you'all next year .

i was at audacious this year and it was my first year i really loved it god told me before i went that i wou;d enjoy it with my youth group and god was right god touched me inside when mike spoke it was soooooooooo emotinal love carrie

Can you give me the details of this years camp please.I have a few teens that want to attend
God Bless

I love this album. So original, the lyrics are on the mark, and the music is really good. Lots of variety.

Hi Glyn Barret was amazing. his book is amazing to 'If i had a face like yours'Go buy it of the Audacious website (if you cann)?