Charlie Wilson: The Gap Band man and R&B star talks about his faith 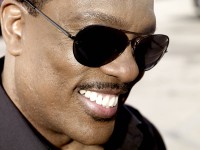 In the history of funk music The Gap Band were masters of the form. Their stream of million selling singles and albums were not only huge hits but they have made the band from Tulsa, Oklahoma one of the most sampled acts in recording history and '80s songs like "Oops Upside Your Head" and "Burn Rubber On Me" have ensured that even today they are firm favourites in clubland. But of course The Gap Band weren't solely masters of funk rhythms. They had in Charlie Wilson a lead singer who could also offer sumptuous, quiet-storm soul ballads. In 1992 Charlie ventured into a solo career and has enjoyed successful albums such as 'Bridging The Gap' (2000), 'Uncle Charlie' (2009) and 'Love, Charlie' which made number one on Billboard's R&B And Hip-Hop Chart and showed that even today the 60 year old soul singer has a massive US following. Although the singer has found showbiz fame and fortune it was at considerable cost.

Wilson's struggle with alcohol and drug addiction consumed him in the late 1980s and mid-1990s after the breakup of the Gap Band. In 1994 he decided to enter rehabilitation and turn his life around seeking to live a clean and sober life which in turn would give him a new perspective on life. In rehab he met social worker Mahin. They married in 1995. As of 2013 Wilson has had 19 years of sobriety. His music continues to resonate with generations of musicians and rappers and he has guested on the albums of such artists as Snoop Dogg, Kanye West and Quincy Jones.

Wilson was diagnosed with prostate cancer in September 2008. Fortunately, the cancer was detected early, so he was able to begin treatment immediately. In typical Wilson fashion, he and his wife, Mahin, took this challenge head on and because he received an early diagnosis and was treated properly, he is now cancer free. Wilson is the national spokesperson for the Prostate Cancer Foundation.

Recently Wilson gave an interview with the Gospel Guru website in which he spoke openly about his Christian faith. Wilson was asked whether he believed listeners could feel Wilson's spirituality through his music. "For sure, man. I didn't deviate too far from the branch from the tree anyway. I understand what R&B is. . . I know what that is. But I'm only talkin' about love, and I know that in our homes or whatever we call. . .whether you're saved, sanctified or filled with the Holy Ghost or not you call your husband or wife honey or baby. Is that bad to say honey or baby in my records, and you say it at your house? So there's nothing on my album that will degrade Christians or have faith in God. Anybody can buy my record and enjoy it. There's no cursing or degrading women. . . None of that."

There is one track on 'Love, Charlie' which is clearly a song about faith. Wilson spoke about "If I Believe": "I know that the world needs a lot of love. God is love. You've got to have belief in something greater than yourself, and I knew that that song would give somebody some inspiration or some pick me up if you needed that. People that's dealing with cancer or other diseases, etc. Just people who needed hope and faith, like myself when I was in my darkest hour. Having the belief in myself, believing that I can come back and get up in the morning and not have to go to the liquor store. That belief is the reason I wrote the song, and that's how we came up with the idea. Because I've been to Hell and back, man. I'm just taking it one day at a time, and fighting prostate cancer, and still fighting drug and alcohol addiction. I've been successful at it for 18 years, but I still have to take it one day at a time. So that's what that song is all about." 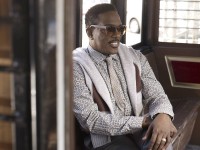 In an interview with Clayton Perry Wilson was asked what was the best advice that anybody had ever given him. Wilson responded, "When I was in the darkest part of my life, in the corner of the Hell part of Hollywood, a guy walked up to me and said, 'Charlie, don't wait too long to come back because you're going to end up like me, just trying when it's way too late, trying to figure out how to get back in this game. Don't wait until you get to my age to try and figure out how to get back in this game because I'm struggling right now.' He's dead now. But I was in the darkest part of my life at that time - drugs and alcohol. He was like, 'Man, you need to stop now and try to come on in, man. It ain't too late for you.' That was one of the things that stuck with me. I was like, 'Wow.' I had to get myself together. There was nowhere I could go. I was out already on the curb. I looked around, and seeing everybody else on the curb, I was like, 'I need to get the hell out of here because it's too crowded down here. It's way too crowded down here for me.' Being homeless and being on the curb - that's the struggle, man, not having anywhere to go. That's one of the worst feelings, man - not knowing where your meal is going to come from, no income and you're just in the streets.

"Everybody that's down there knows who you are. Drugs are easy to get because people who have the drugs are looking at you like, 'Oh, man, that's the meal for you man.' They just give you more. It's dark down there, man, with nowhere to go, nobody really loving you. The people that are giving you drugs really don't love you because if they did, they won't give it to you. It was crazy. When I found my future wife and married her, from that day, the light came. I used to pray to God, 'Don't let the Devil kill me down here. I have something else I got to do because I'm not finished yet.' I didn't get what I deserve to have. He granted me that wish and this is what I'm doing now. I'm going after it. I got married to a wonderful woman that made sure that I kept living right and doing the right things. And I had a manager that took care of business. And we started gathering positive people around me. Like I said, everything's working fine now. I'm happy, man."

The Gospel Guru asked Wilson whether he had any plans to record a full gospel album. "I was definitely talking and thinking about that. I have thought about it so many times. That's why I wanted to put the 'If I Believe' record on my album first. I believe I can just use words of inspiration, and cut the music the same way that I am now. . .just make the words inspiration and words of encouragement, don't necessarily have to call it a 'gospel album'. But definitely have some inspirational words and get things people can hold on to. I've definitely thought about it a lot, and I'm definitely going to do that soon, sooner than most people think."

Where is your brothers

His brother Robert died a few years back...He still occasionally does something with Ronald but he don't get around as good as he used too...Charlie was the youngest abd he's 62

Charlie is truly an inspiration and positive force. Charlie, please write a book! Your story is not only a story of redemption but it is also a love story. I saw him recently at the LA County Fair. It was sweltering but that did not stop Uncle Charlie a bit. What a professional. The best was not just his performance but the feelings of love we felt in the audience. I will see him again! And I look forward to his inspirational album...a great idea that will help others.