Veteran worship leader CHRIS BOWATER has recently returned to the field of recording with the release of his new album 'Crown Of Beauty'. Lins Honeyman reports. 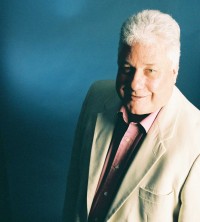 To say that Chris Bowater is regarded as one of Christian music's elder statesmen is no overstatement. With a multitude of releases under his belt and having been involved in many initiatives to promote and develop worship throughout the world, 'Crown Of Beauty' marks something of a return to Chris' roots.

I asked Chris how the new album came about. He replied, "After many years of prolific writing from the 1970s to the mid '90s, I had a season of feeling it necessary to give away time and encouragement to new writers. My own output diminished rapidly but the songs by others that I had spent time with had some measure and reached a wider worshipping public. However, in 2004 I began to feel the pull to return to my first love of writing for the Church. I was ready for a new challenge and I believed that, after all these years, I still had something to express and contribute to the vision of worship in the Church."

The album itself was recorded in Nashville under the leadership of British-born producer John Hartley. "Going to Nashville was a great experience," explained Chris. "It was not particularly the level of musicianship or technical expertise but the close proximity within one city of these gifts. The way of life there seems very cool and unhurried and this made the whole process of recording easy and relaxed and lacking in pressure." The album sleevenotes rather candidly explain that Chris had an urge for this collection to reflect a journey of personal transformation in song. I asked Chris how this transformation had evidenced itself in his music and his walk with God. "I believe we are all products of our journeys. God took me on a journey of testing my motivation in ministry. I am recognised as a father within worship but sometimes fathers get too busy to truly fulfil this calling. God began to rearrange the vision in order for me to be what I am called to be. I trust this journey is reflected in the songs and the selection of songs by other writers - that in itself is a great motivation check!"

The songs themselves are clearly close to Chris' heart. I wondered what some of his favourite tracks were. "I was brought up on Welsh hymnology and 'O The Deep Deep Love' reflects this influence. The refrain is almost completely borrowed from a hymn but the melody is new as are the three verses written in collaboration with Scotland's David Lyon. The song hopefully bridges generations but in any case the love of Jesus is still the greatest theme on earth or in Heaven. I feel that 'Not To Us' is my new 'Highest Honour'. It expresses truth about our majestic Christ and it reminds us not to glean glory or honour to ourselves - such a huge temptation in today's culture."

Continued Chris, "'Show Me Your Ways' came about due to the fact that I have always been drawn to the relationship Moses had with God. Moses was often in the place of intimacy and was able to ask God questions. Although he could have asked for anything, he wanted to know how God did things and what he was like. God finally answered him with 'gracious, compassionate, slow to wrath and abounding in love' which is featured in the song." 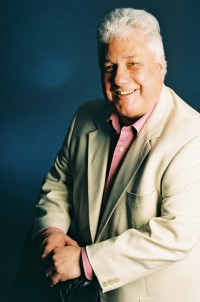 As one of the pioneers of modern worship music with renowned songs such as "Here I Am" and "Reign In Me" to his name, Chris explained how hard it was starting out in that field back in the late '70s. "There was very little with which to compare - very few cross references. We were aware of Scripture In Song and Youth Praise but there wasn't a worship culture in those days. In fact, to bring change to the well-trodden paths of church liturgy was considered dangerous and offensive by many. However, God softened hearts and it's great to see how most church streams, denominations and traditions have now been touched by the new worship culture."

Aside from recording and leading worship, over the years Chris has been involved in many projects and ventures that have allowed him to share his gifts with the Church. These have ranged from his years of service to the Lincoln School of Creative Ministries (now eclipsed by the Central Worship Academy - see www.worship-resource.com for more details) to his involvement in pioneering worship conferences throughout the globe.

On a recent visit to the Czech Republic, Chris served John de Jong's ministry in Angel Mountain near Ostrava where nearly 500 people gathered as prophecy and anointing took place in sweltering temperatures. In addition, Chris has planned two trips to the USA in the near future as well as visits to France and Portugal. A Christmas tour called Celebrating Hope is also planned together with the launch of a new worship academy - not to mention taking the new album out on the road between this autumn and June 2006.

I asked Chris how he managed to balance his ministry and the raising of his five children. "Ask my wife! I have never tried to put my family on the altar of ministry. I have never been away on their birthdays and always encouraged family holidays and special memories. I have always tried to be at important events in their lives - if it was important to them, it was to me as well. However, I could not have managed it without the full on support of my wife Lesley and my family. It's great to see them all grown up and serving God and I'm really enjoying my little grand-daughter!"

Throughout his years of ministry, Chris has clearly sought to give his all to God and his legacy is still evident today. Far from worship being merely a form of music, it is a way of life for Chris. "During my time away from writing I had observed, monitored and reflected on all that was taking place in worship and I began to realise how the understanding of Christ's love for his Church influences and affects our corporate and individual lives. True worship comes from true revelation and not imitation." Finally, I asked Chris how he would like his latest offering to be viewed. "It's not a concept album but a clear presentation of songs which will hopefully leave the listener with a love for the songs and a desire to sing, play and worship God to them."

On first hearing "Crown of Beauty" I thought I would have to get used to it, but it has just grown on me since. If I had to choose only one from all the worship albums I know, it would be this one. There is not one single track I feel like skipping, and there always are at least two or three on each CD.
What comes across is a deep love & true reverence for Jesus & the Father, expressed in genuine humility and great tenderness. Just listen to the hauntingly beautiful "O the deep, deep love"! (These ARE my own words, though I have seen that Lins Honeyman says very much the same in her review. Just take it as a confirmation.)