Dave Pettigrew: Connecting with the broken through Faith And Gasoline 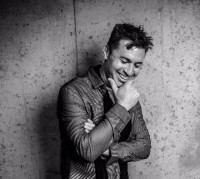 New Jersey's Dave Pettigrew is an award-winning singer/songwriter who is considered one of the top songsmiths on the independent scene. In the past Pettigrew and his band have toured the US with acts like Paul Baloche, Kutless and Love & The Outcome. Now with his latest project 'Faith And Gasoline' Dave has taken a unique approach in bringing new music to his growing legion of supporters. The artist invited fans to participate in an "11-day album experience" including daily songs and supporting devotionals. Said Pettigrew, "As an indie artist, building relationships and community has been rewarding."

The singer/songwriter is the founder of the There Is Hope Movement which partners with Teen Challenge and New England-based churches with substance abuse recovery programmes, to provide channels of relief and restoration for those in immediate need of help. Said Pettigrew, "We're trying to draw people closer to God through the music and the message of the There Is Hope Movement. And as an indie artist, I'm free to do whatever I want, free to launch an album any way I see fit, free to engage with people in new and interesting ways. It's not me and them; it's us together. We walk together. We share the music together and we grow in our journey with Jesus together."

The Rhode Island-born songsmith graduated from Berklee College Of Music in Boston with a major in music business and arranging. Dave's own journey for the creative took him to New York where he ultimately ended up with more opportunities as a singer than his original plans as a sax player. His recordings include 2004's album 'Somebody I'm Supposed To Be', 2007's 'Every Minute Miracles' (described by Cross Rhythms' critic as showing "high quality musicianship"), 2011's 'The Walk' EP (which was expanded to a full length album two years later) and an acoustic worship album 'Anchors' in 2013.

But 'Faith And Gasoline' is, in Pettigrew's words, "as different and non-traditional in every way possible." He continued, "This is not a typical album release. This is an experience like no other." The project offers to supporters daily emails containing one new song and a devotional based on that song. Along with the album, fans also receive the entire 41-page devotional eBook based on the album, each day's journey in a short story by Pettigrew, behind-the-scenes photos, music videos, lyrics, handwritten lyrics and more. By the end of the journey, followers will not only have received the entire album in digital format but will have undergone an entire experience designed to connect the listeners.

Supporters have already reacted by expressing just how 'Faith And Gasoline' has given them hope and encouragement for themselves and loved ones struggling with addictions or mental illness. One fan recently wrote, "Wow! I just finished the final devotional and have to say, it was an amazing journey. I loved every minute of it. Thank you." She continued, "I forwarded it every day to my friend, Martha, whose son has addiction and anger issues and is now in rehab. He's still making bad choices, and it seems like he'll never get out, but I pray that 'Faith And Gasoline' album and your devotional will bring Martha some hope, some light at the end of the tunnel. The album came out fantastic and was definitely worth the wait."

Another supporter shared, "Many thanks for taking me on your journey. I've been truly blessed throughout the journey. I have loved each and every one of them! Thank you so much."

'Faith And Gasoline' is now available in a physical version. The project was produced by hit-maker Scotty Wilbanks who for 20 years was the renowned keyboard player with rock stars Third Day. Pettigrew said of the title track single, "This ministry is powered by both my faith and love for God and the gasoline that we use to get from place to place. Every touring ministry can relate to this phrase. We power our lives by our faith in the cross and the energy that God gives us every day."

The opinions expressed in this article are not necessarily those held by Cross Rhythms. Any expressed views were accurate at the time of publishing but may or may not reflect the views of the individuals concerned at a later date.
About Eve Giwa-Osagie

Eve Giwa-Osagie is studying at Keele University as an English and Creative writing student.