Tony Cummings had a chat with DOUG SEEGERS, whose new album 'A Story I Got To Tell' is released today 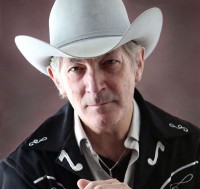 The release of Doug Seegers' 'A Story I Got To Tell' album, through BMG, is the latest step in one of the most extraordinary musical journeys in the long history of popular music. After years of struggling with drug and alcohol abuse, homeless Nashville street musician Doug Seegers had his life changed overnight. A performance of a self-written gospel song, "Going Down To The River", filmed by a Swedish TV crew on the streets of Nashville, led to his song becoming a number one hit in Sweden and Doug's subsequent two bestselling albums of original songs achieved Gold and Platinum status. Now this country singer's latest album, produced by Joe Henry (Elvis Costello, Billy Bragg, Joan Baez) and bristling with beautifully crafted self-written songs, seems likely to elevate further the career of this Queens-born, Nashville-based resident.

I began by asking him, after his monumental success in Sweden, whether he thought his new album was likely to break through in the US.

Doug: "It's hard to make any kind of prediction like that, you know. The way I've been trying to conduct my own personal life, I've been trying to walk in God's direction. I wake up every day and ask the Lord to direct me through my day. When God advises you to do something you're not going to stop that, it's going to happen. That's pretty much how I look at my career. I go out, I have a message, I have a testimony I need to deliver through my music and whoever decides to keep the message, that part is beyond my control, I can only hope that everybody takes the message."

Tony: I've been reading your autobiography, Going Down To The River. In it you say, "Having a bestselling song happened because of God. But if I'd been struck blind on the street and had my voice taken away, that too would have been from God. My job was to praise him either way, to use the gifts he's given me to spread the message." Now that's a long, long way from what some of the prosperity gospel preachers preach on TV about how coming to Jesus will give you wealth and success. Any comments on that?

Doug: "I'm not really interested in wealth and I have a hard time with success because it means that people are going to treat you like somebody that's special and they have to open the door for you and just offer you all this elegant stuff to show how much they appreciate you and to be honest, it makes me very uncomfortable. When I'm sitting in a fancy hotel, when I look at all the money that's put into the decoration of the hotel, I'm uncomfortable with that. I'm more comfortable with low budget stuff. With me, money. . . The thing about human beings is that they get taken by this greed, you know?"

Tony: The love of money is an expression of greed, isn't it? And there's a lot of greed around.

Doug: "And people start hating each other when it comes to greed. And so much destruction and violence which comes about from greed and it's a bad thing. And it's okay to have the money because we try and do things that are nice and comfortable and go on vacations, but to have that strong desire for it like. It's too much and I've never been that way and I never wanna be that person. If the money comes and it's there it's something that God thinks it's okay for me to have. Maybe I can help other artists, you know? If I get to a point where I make a little more money and maybe I can turn it around and help other artists who I feel that have a good message to put out there."

Tony: You seem quite distanced from some parts of American Evangelicalism. Do you have any thoughts, for instance, on say President Trump? 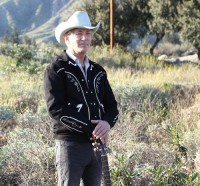 Doug: "I don't know what to say about Donald Trump. Let's just say he's very scary in my opinion."

Tony: Are there songs on your new album which you feel are as good as "Going Down To The River"?

Doug: "I'm not big on judgment. I think, have you ever met someone who pass one off on others and say 'Oh, he's so much better than him'. So that's the way that I look at the music that I do. I don't wanna have a favourite. I wanna think that some people are gonna be hit by one a little bit heavier than other folks might be hit by. I wrote that song 'Demon Seed' because I was trying to reach out to the young people, because over in Sweden I don't have a large young crowd. I have people that are 70 years old coming to my shows in wheelchairs that are, at least, 60 miles away and that's amazing too. So some of the songs I try to reach the young folks and there's one song on that record called 'Angel From A Broken Home' and that's about deadbeat dads."

Tony: Tell me a bit more about "Demon Seed".

Doug: "The theme about that song is how the Devil can tear you up. And it's out to destroy your lives. If you don't have God in your spirit, there's a good chance that the Devil is going to get you and slowly tear you apart with either alcohol or drugs."

Tony: But there are all kinds of addictions, not just drugs. You talked earlier about people surrounding themselves in luxury. You can be addicted to the acquisition of money.

Tony: And of course we know that our Lord will deliver you from sin. But, he has so many different ways of doing that. Was it really that easy for you to continue loving God when you weren't immediately plucked off the streets and given a better life? You still had to struggle day by day, week by week just to survive on the streets. When you turned everything over to God were you disappointed that there weren't any immediate changes?

Doug: "No, because it was those times that I was really, really having a hard time. That was actually part of me getting closer to him when I was living without because that was when I needed his protection the most, during that bit when I was in a bad way. I think that is when God really does come around. He feels bad for you and he knows that you are calling out for him. It might not be calling out verbally, but in your heart you'll be telling yourself that you need his help."