Story He's Got To Tell 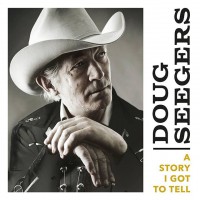 THE LATEST album by Doug Seegers - the former alcoholic and homeless man who after being filmed on the streets of Nashville singing a self-composed gospel song found himself with a number one hit in Sweden - releases a new album 'A Story I Got To Tell' on 31st May. The project, released through BMG, was produced by Joe Henry (Elvis Costello, Bonnie Raitt).