Fairfield Four: The Nashville harmonisers with a nine decade history 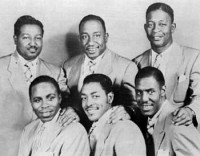 The amazing career of Nashville-based harmonisers the Fairfield Four stretches astonishingly back to 1921. Down the decades they've experienced highs, lows and long periods of inactivity. Today though, they stand as one of the best loved groups in the history of gospel music. Amongst their many achievements have been recording for the renowned Library Of Congress, making numerous singles for the post-war gospel companies, being rediscovered by a white, blues and gospel audience, winning Grammy Awards for their own album and for their work with John Fogerty and featuring in the hit comedy film O Brother Where Art Thou.

The group saw the first light of day in 1921 when founded by Reverend J R Carrethers at the Fairfield Missionary Baptist Church in Nashville, Tennessee. The latter part of the group's name came not from the number of members but the fact that there were four harmonious parts sung by the group: alto, baritone, bass and tenor. Located on Fain Street, the Fairfield Missionary Baptist Church was an ideal meeting place for the Fairfield Four and was a unique recruiting ground for the group which they initially exploited.

Penn State University Professor Jerry Zolten, a folk and roots musicologist, briefly managed the Fairfield Four as part of the Keith Case Agency towards the end of the 20th century. He explained how the group's musical harmonies were linked intrinsically to African slave music that had come across to the USA at the turn of the 1800s. Professor Zolten explained, "In African rhythmic music, there is no sung melody so much as there are overlays of rhythm parts. Each drum has its own particular rhythm. If you listened to the drum by itself, it wouldn't sound like much. But you put 'em all together and you get this very complex weave. . . Each voice had its own little rhythmic space, as well as a melody line."

Whilst Professor Zolten's words suggest that the group were paying homage to their ancestors by singing Christian music with a rhythmic a cappella crescendo, it seems that the group came into being with a different motive in mind. When creating what would become the Fairfield Four, it appears that Rev Carrethers, the Assistant Pastor and musician to Reverend Statton, thought of nothing more than wanting his two sons to sing in church instead of idly wasting their time and possibly succumbing to bad habits. Initially a duo, having been put together to sing harmonies at the church on 20 May 1921, Rufus and Harold Carrethers were later joined by their neighbour John Battle and the trio sang in church and at other social events. They remained unnamed until 1925 when their renowned moniker was bestowed upon them by the Reverend Statton and regular church attendee Annie Clay. By this time the South African Lattimer Green had joined the group, the first of many to join and make an impression on the group's sound before moving on to pastures new. In Latimer's case, he was simply a victim of relocation, having to follow his family to Jacksonville, Florida, later in the 1920s.

It was a testament to Lattimer Green's singing that his replacements rarely lasted more than a few years as part of the Fairfield Four. Interim singer James Dotson stood in for Green until being replaced by William Malone at the start of the 1930s. Malone himself was the precursor for Nathaniel Irvin who helped transform the group into a jubilee quartet before he too departed, making way eventually for George Gracie, who became the group's tenor by 1941.

By the time Gracie had joined, the Fairfield Four had all of the attributes in place to broaden their horizons. They had by 1935 recruited the man who would influence the group and help to develop their famous sound. If the Carrethers brothers and John Battle were the heart and soul of the Fairfield Four, it can be argued that Sam McCrary was the group's muse. From the moment he joined in 1935, the 22 year old from the town of Christina in Tennessee imprinted his DNA all over the Fairfield Four's gospel sound. He took on lead vocals with John Battle as the band gained early exposure on WSIX radio, a station that had recently moved to Nashville from its original home in Springfield, Tennessee. The exposure and experience from this slot gave them a solid grounding for their future projects. 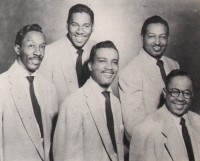 The first demonstration that the group were a cut above the thousands of gospel harmony groups populating the Southern States came when Fisk University tutor and folklorist John Work III, a keen ethnomusicologist, was authorised by the American Library of Congress to scour the USA to make field-recordings of roots and folk music. Whilst not as well known as the Lomax family who made similar recordings, Work III worked tirelessly for the Library of Congress. On one of his trips he was directed towards the Fairfield Four and gained permission to record the group at their church. Work III made field-recordings of eight tracks in October 1941.

The line-up that Work III recorded consisted of Sam McCrary and John Battle on lead vocals, George Gracie as tenor, Rufus Carrethers singing bass and his brother Harold as baritone vocal. Songs recorded included their signature song "Don't Let Nobody Turn You 'Round", "Prayer" and, extraordinarily, six versions of what would become one of the Fairfield Four's most famous songs, "Dry Bones In The Valley". Joining the Fairfield Four on a couple of the recordings was Rev J R Statton who appeared on one version of "Dry Bones In The Valley" and the Rev Corbyn, who was featured on the recording "Prayer".

It was noticeable in the recordings of "Dry Bones In The Valley" in particular that the group had already developed a doo-wop style of harmonising over a decade before a secularised version of the sound with groups like the Orioles and the Moonglows brought the singing style to mainstream America.

It was in 1924 that the Dixie Jubilees had first sung the song "Don't Let Nobody Turn You 'Round". But it was the version by the Fairfield Four cut in 1941 which was to be eventually proclaimed as a gospel classic. The group were soon touring all over the southern states where their high energy performances earned them the nick-name the "house-wreckers" due to their ability to bring down the house. Sam McCrary in particular demonstrated a dazzling vocal range. Professor Zolten wrote about McCrary's performance of "Don't Let Nobody Turn You 'Round", "That's where (McCrary) uses his voice like an air-raid siren. He would take the word "don't" and he would run it up to a height that gave you the shivers. And then he'd swing it right on back down." It was these vocal harmonies which marked the Fairfield Four out from their contemporaries. Their use of tenor harmonies, deep rolling vocal bass, staccato sounding vocals and baritone harmonies blended perfectly with the air-raid siren lead.

In July 1942, Fairfield Four won a Tennessee competition sponsored by a coffee company. The prize was a slot on WLAC Radio where they sang daily between 6.45am and 7am. Fairfield Four held this slot for almost a decade despite the problems of touring, illness and business interests often conflicting with their radio slot. Such was their trouble that on occasions only two members would make it for the show, meaning that WLAC's morning announcer 'Colonel' Herman Grizzard occasionally sang bass for the band. Grizzard and his colleague Paul Olivet helped to produce the band's radio shows and Grizzard in particular formed a very close relationship with the plethora of group members who passed through the Fairfield Four during their radio stint. He was more than happy to cover for them if a problem ever arose though he was never recognised as a full member of the group.

The importance of the WLAC radio show for the Fairfield Four was two-fold. Firstly, the station had a powerful wavelength of 50,000 watts, meaning the group could be heard in crystal clear sound. Secondly, almost from when WLAC was founded in 1926, the station had come under the auspices of national broadcaster CBS. They linked up with their other radio stations across USA, meaning that the Fairfield Four were often heard on radio across the whole of the country.

Realising this potential and irritated by no-shows from various members on different occasions, in 1943 John Battle drew up a contractual stipulation called The By-laws Of The Fairfield Four. It was an attempt to add an element of professionalism and discipline to the group. It was one of the earliest and certainly one of the strictest codes written out for a musical harmony group and was aimed at ensuring the group remained professional at all times. Fines were levied for various breaches; from $5 for drinking five hours or less before a performance, to a $1 fine for chewing gum in church. Pay was docked for failure to rehearse with the group and for any failure to turn up at performances. Initially it worked; within a few years the group were labelled as Southland's Famous Fairfield Four. Unfortunately towards the end of the decade when touring and professional interests dominated, not all of the members were able to keep to the appointments.

Their success was not simply measured in the level of listenership but also the type of listener. Blues giant B B King was a fan of the group, a relationship which began with him listening to their singing on WLAC in the 1940s. King once reminisced, "Before I left my hometown of Indianola, Mississippi, the Fairfield Four used to come on the radio every morning real early before we went to work. I became a great fan and, in fact. . . (Sam) McCrary had a lot of influence on my singing over the years. That's the truth."