Tony Cummings reports on one of the brightest talents to emerge from London's gospel hip-hop underground, GUVNA B 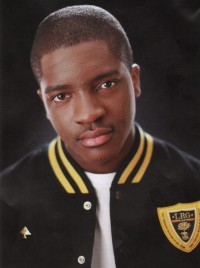 London-based MC MOBO award-winning Guvna B has established himself since emerging in 2008 with the album 'The Narrow Road' with the title track being a Cross Rhythms turntable hit and what was to become a minor dance craze among fans, "Kingdom Skank". Now to further crank up the profile Guvna B has released a free download mixtape 'Scrapbook' featuring a bevy of guest contributions including Jahaziel, Michaela The Poet, Faith Child and Victizzle. He told journalist Marcia Dixon why he'd embarked on 'Scrabook'. "It was for three reasons really. Firstly, to give something back to all those who have supported me in any way throughout my career. I think it's important for people that God has placed in positions of influence to give as much as they can. Also, I get messages from people all around the world that are less privileged than most and may not be able to afford a Guvna B album, DVD or anything else. So this is something free that everyone can receive. Lastly, I'm just about to go into my final exams at university. I may go a bit quiet for a month or so while I'm hard at work, with my head down revising, so this free album will hopefully keep people company while I'm gone."

Guvna B is pleased with the response 'Scrapbook' is getting. "I'm getting great feedback so far. It's received four or five stars out of five on each of the reviews it's had, so it's happy days. I've also been getting loads of tweets and messages, so I'm glad that something I've worked so hard on is being well received. There's a track called 'Kofi' featuring Michaela The Poet which a lot of people have cried to while listening to it. It tells a tale of two best friends who choose two different paths of life - one chooses God, the other doesn't. I'm excited about the effect that track may have on the listener."

Guvna was born Isaac Borquaye to Ghanaian parents in Barking, East London on 13th June 1989. He attended St Edwards Church of England School and is now in his final year of a business studies degree at the University of Hertfordshire. Guvna B is an acronym for God's Unique Vessel Now Assigned. The precocious talent first emerged onto the scene in 2007 when the 17 year old MC helped by such hot gospel hip-hop underground producers as Victizzle, Triple O, M.O.D.'s Stealth and G Force's 'Markstart' delivered the five-track EP 'Looking Out The Window'. With such cuts as "Fix It", a dark aggressive banger telling his peers to prepare or be judged, the EP made an immediate impact as did his contribution to the G Force album 'Destroy & Rebuild' which went on to win a much coveted MOBO award. The following year the rapper's debut album was released which as well as the live performance favourite "The Kingdom Skank" and the title track with a funky bassline housebeat and a grime flow also contained plenty of witty rhymes ("If you ask for a picture/I'd rather give you a Scripture"). The album opened up all kinds of doors for the student MC. He became the first gospel artist to appear on Radio 1's DJ Westwood's Crib Sessions, has shared the stage with such mainstream talents as Chipmunk, Tinie Tempah and Bashy and has appeared on other artists' albums. As he told TheRightLife website, "I've done a lot of features with the likes of Deitrick Haddon, Jocelyn Brown and LZ7. Also I won a UMA award and a MOBO award in addition to starting up a new urban night called Next Ting 140." Next Ting 140 is an open mic styled event featuring a bevy of urban artists.

Guvna is also beginning to develop a ministry in schools. "I've started going into schools, running music workshops. Some of the kids come from quite troubled backgrounds and have a lot of negative thoughts and feelings. My job is to switch their way of thinking and channel some positivity into their lives. I help them write poetry, raps or short stories on positive issues, which they then record and take home on CD. I'll be doing a lot more of that this year." 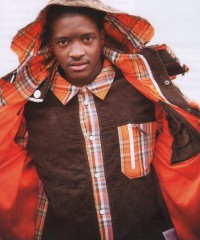 Guvna B feels that his ministry is specifically to help young people find the help and support of the living God. "I think the fact that I talk about real life issues, and relate them to God, will enable people to relate to the music. I also highlight my own struggles through music. Sometimes when people know you may be going through the same as them, the feeling of knowing that they aren't alone helps. Iron sharpens iron and there is strength in unity. So during our struggles we can help each other to do the best we can to fight on and please God."