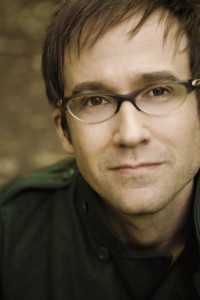 In 1999 a band, fairly unknown outside the state of Georgia, slipped into Britain to play the Cross Rhythms festival in Okehampton, Devon. They had an unusual name, According To John, an excellent CD 'A2J' out through Authentic Music and their lead singer and songwriter John Waller had a batch of songs which resonated with truth. In fact According To John's drummer Jeff Biles said in Cross Rhythms magazine at the time, "The cool thing about the lyrics is that John and Scott (Johnson, who with Waller wrote most of the songs on 'A2J') write about real things that they are learning and going through. They don't just dream up catchy hooks to try to crank out radio songs." As it turned out 'A2J' didn't get US Christian radio play. Neither did According To John's next album, 2001's 'Beyond What I See'.

Fast forward to January 2007. There in their first issue of 2007, the hugely influential trad magazine Billboard is listing John Waller as one of the Best Bets 2007 tipping artists the mag called "hot talent awaiting discovery as 2007 begins." Now with the release on Beach Street Records of Waller's 'The Blessing' album, thousands of Christian music buffs are making that long overdue discovery. Waller told Christianity Today how his life took such an unexpected turn. "When the journey came to an end with According To John, I left it behind and I really closed that chapter in my life. I never had any intentions of being a recording artist again. I went about a year without writing any songs." He and his wife, Josee, moved to Colorado and helped launch SouthLink Church, where he became worship pastor. It became an extraordinary season in Waller's life and ministry. And at a time when he had given up "the music business," he suddenly felt more inspired and began writing songs that were immediately embraced by his congregation. The people at SouthLink began clamouring for John to make a CD of his new material. "I was teaching my songs to our worship team and we were playing them in church. They were declaration kind of songs. People wanted to go sit in their car and listen to them. They didn't want to wait a whole week before they could hear these songs again. I saw that happening and I said, 'If this could happen with these people then perhaps they are meant for a bigger flock.'"

Putting their money where their mouth was SouthLink fellowship raised the money for John to record a CD. He travelled to Georgia to record with Brian Scoggin, a friend from his According To John days. Scoggin too was impressed with John's worship songs. Brian knew Casting Crowns lead vocalist Mark Hall, having once depped on drums with the group. Brian left a message asking Hall to sing on a song called "The Blessing". John was getting ready to board a plane heading back to Colorado when he got the call that Mark Hall would do it. "I just couldn't believe it. I was so thrilled," enthused John.

Hall remembered Waller from an event that happened the week after the September 11 terrorist attacks. According To John were performing and Hall was impressed with Waller's ability to reach kids. "The songs immediately grabbed my attention," he recalls. "Then John started talking between the songs and something stood out about him. As a youth pastor when you teach a lesson, you aren't teaching a lesson, you are teaching people and I could tell he was reaching my students." 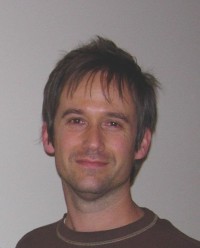 And so a set of circumstances began which was to lead to John being signed to Beach Tree Records, one of the most successful new Christian labels in years. The company, formed by Mark Miller, lead singer for the hitmaking country group Sawyer Brown, had become a big success with their initial signing, the pop rock worshippers Casting Crowns quickly going on to become CCM platinum sellers. Mark Miller told Christianity Today his response when he first heard Waller's album. "John sent me the entire album and the thing that just impressed me more than anything was just the messages in these songs. It reminded me of the approach that Mark Hall takes with his songs. They are like mini sermons, message songs. I could just tell when I heard the lyrics that this guy was much more interested in what he was saying than being a rock star. For me here at Beach Street, that's the kind of artist that we're interested in."

John told CCM magazine about the pivotal song "The Blessing", "I lived 20 years of my life with depression and medication until God delivered and healed me three years ago. This illness has run through my family for generations. 'As a man thinketh in his heart, so he is' (Proverbs 23:7). I was told that I had it. I believed it and it became real in my life. Jesus bore this curse along with every other at the cross. When I began to believe his reality, my reality changed. It's so important that we speak truth and blessing over our spouses and children and everyone around us. The power to bless and curse is in the tongue. I figured it was time for that to be said in a song."

John is pleased with the organic pop-rock sound of his album. "Because of my band background, my sound is all about guitars. In a live setting, I will have drums, bass, two electrics and a keyboard. I use a lot of orchestral strings in my music as well. I want my listeners to have revelation imparted to them that will actually change them. If I could be prosecuted for plagiarising the Word of God, I'd be in jail. The Holy Spirit, through the Word of God, is what changes people's hearts, not any cool lyrical idea I might come up with."

I just herd according to John for the first time ever. Ive never herd of it until this week, and the music and lyrics are awesome! All the people in my school are in love with your cd. I need more info...

John Waller is a really great songwriter. I loved the stuff that he has done with A2J (The 'Beyond What I see' album is clearly the best). I met him a couple of years ago in Atlanta and he was a real nice guy who clearly has a heart for God. Nice to hear of the way that God has worked in his life. I am sure that it will be an encouragment to others. Can't wait to hear the new album.