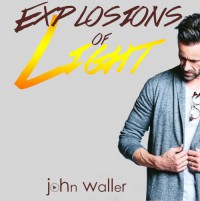 THE SINGER and songwriter John Waller, best known for his songs in the successful Christian movies Fireproof and War Room, will be releasing his first album in three years, 'Explosions Of Light', on 25th January. The album was produced by two-time Dove Award-winning Producer Of The Year, Ian Eskelin, and will be released on Radiate Music.