Keith Routledge: Praise Him On The Concert Grand

With a new album KEITH ROUTLEDGE hopes to find a niche with 'Classical Praise Piano'. Dave Massey spoke to the talented pianist with an early Jesus music past. 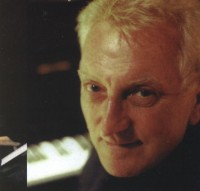 In the days when the contemporary Christian music industry was nothing more than a twinkle in the eyes of a few evangelical muso's, and the hottest gospel groups around included the likes of 'The Cobblers' (Try getting away with a name like that these days!), a few pioneers with a vision for new musical horizons in Britain were finishing their apprenticeships. One of these pioneers was Keith Routledge, who began his musical training as a Cathedral chorister at Carlisle Cathedral where his father was assistant organist Slipping into his father's size 9's, Keith went on to become organist at a local parish church, but torn between his two areas of talent -music and art -- he plumped for art, winning a scholarship to Art college to study architecture. While he was at college, Keith and six of his friends started one of Britain's first gospel groups - Meet Jesus Music - playing a mixture of folk and jazz, financing the whole-thing with money from their day jobs. Never really a touring musician, Keith has been content to knock out the occasional album, whilst continuing his profession as an architect His latest is 'Give Thanks' a solo piano album subtitled 'Classical Praise Piano' which follows hot on the success of Rob and Gilly Bennett's 'Classical Praise Guitar* album for Kingsway. I asked Keith abut his musical roots and the reasoning behind 'Give Thanks'...

"Folk was very much in then - in the aftermath of 'flower power", so there were lots of folky bands - and while I was at college, I started to play piano with a jazz group and introduced more of a jazz feel into MJM with lots of people taking solos. I was never really at home with the usual piano repertoire of Chopin and Bach; I found it very difficult and I don't think I had the technique to become a concert pianist, so when I played jazz it was a release for me - I couldn't see the point of just playing what other people had written -- music must be creative.

Meet Jesus Music made two albums in the days of MGO 'Meet Jesus Music' and 'Gold'. These days Keith is worship leader at St John's, Hyde Park in London under the music director - Chris Thomas. He describes the morning worship as "Fairly Traditional Anglican", with the evening service being more free and evangelical - with a small band including Keith on piano and a professional jazz double bass player called Brian Brocklehurst Instrumental music plays a role in the worship at St John's during the quiet reflective moments that the Anglican service often gives space for. I asked how it is possible to have 'instrumental' worship - isn't it just an excuse for musicians to indulge themselves? "Instrumental music tends to be more devotional, what I do is that if I'm playing, I try to create an atmosphere where people are led into worship - which enables them to open up and be motivated to worship. Music plays a big part in this because; it leaches the parts that other things cannot reach! It does things inside -- you only have to play a beautiful melody, and people want to worship. Holy communion for instance is a brilliant time to have some instrumental music because everyone is quiet and listening for God to speak and if they want to voice what they feel, they can begin to sing along even if it's just inside - it's still a part of their worship. 'Give Thanks' isn't Keith's first instrumental album.

Keith recorded an album in the mid-80's for the ill-fated Window Records at Chapel Lane Studios, but the failure of the company meant that the tape was taken on by Word and released as 'Worship His Majesty'. An encouraging show of sales for 'Give Thanks' has spurred Word to plan re-releasing that album in the near future.

I always said 'Worship His Majesty" was the best thing I'd ever done, because I felt it was very worshipful and the live orchestra makes a big difference - the new album is more of a solo piano thing.

The 'Classical Praise' series currently being developed by Kingsway seems to be something of a misnomer as really the recordings are not classical in flavour, in feet they could just as easily have had Steve Thompson play a classical grand and called it' Soul Praise', I asked Keith if it was just a marketing ploy.

"Rob and Gilly Bennett did two albums on classical guitar under the same name which were really successful and John Pac at Kingsway had this idea of doing it with other instruments so he asked me to do the piano one. I think the classical tag only applies really to the overall feel of the albums. There is no beat or rhythm and the pieces are given a rub to feel - moving in and out of time which makes them more expansive and open. I don't use any jazzy chords so that we keep that open feel that classical music often has. The series is meant to be used, I think, as background music to put on when people come round for supper and that sort of thing; to provide a worshipful atmosphere at home - I think that's where the ministry of' Give Thanks' lies.

Remember Keith in 80s when at St marks, Kennington. They were great days. Have always admired Keith's piano playing. He has the touch. His work 'My peace I give unto you' is one of the all time Christian greats. A man of worship. Stephen Aug 2018