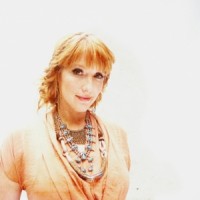 Her haunting voice is one of the most recognisable in the whole of Christian music. Ever since Leigh Nash, then known as Leigh Bingham, emerged as the teenage vocalist with Sixpence None The Richer in 1993 her voice has entranced listeners while her work in Sixpence with composer/guitarist Matt Slocum has produced classic recordings like "There She Goes", "Breathe Your Name" and their multi-million selling pop hit "Kiss Me".

Now Kingsway have released Leigh's solo album 'Hymns & Sacred Songs' featuring contemporary recastings of classic hymns such as "Savior Like A Shepherd Lead Us (Blessed Jesus)", "Come Thou Fount Of Every Blessing", "Blessed Redeemer" and "Be Still My Soul" as well as modern classics "Power Of The Cross" and "Song Of Moses". Cross Rhythms' Jonathan Bellamy asked Leigh how the selection of songs was made. "The producer [Britain's John Hartley, now based in Nashville] chose quite a few of them, and gave me a chance to find some as well. I would troll the internet for old hymn lyrics - there's tons of databases you can go through - and I would just read them and choose ones that I felt were particularly beautiful or poignant."

Collaborating with another Brit, composer/arranger Chris Eaton, Leigh wrote new melodies for two hymns on the project, "Come Thou Fount Of Every Blessing", which dates back to 1758, and Fanny Crosby's lesser-known "Oh Heart Bereaved And Lonely": "O watch and wait with patience/And question all you will/His arms of love and mercy/Are round about thee still." Said Leigh, "What a great thing this is to be able to infuse those old beautiful sacred words with newness, with new melodies. The original melodies were very simple but not always easy to sing. For me, these melodies make the words jump up off the page, which makes the words even more meaningful and clear." Leigh also penned simple, acoustic arrangements for "Come Ye Thankful People Come" and "Out Of My Bondage" which date back to 1844 and 1887 respectively.

Leigh said that recording 'Hymns & Sacred Songs' was one of the most natural processes she's experienced in her career. "I wasn't sure I could do these songs justice, but the players were simply amazing. They really took their time to build their tracks, and it really felt organic and very much felt like second skin. And it was such a shock to, for the first time in my life, find myself elevated, off my feet, dancing, and just moved by the music. That had never happened before." 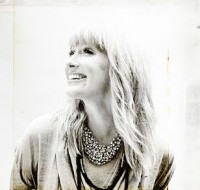 So what was it which drew the one-time pop hitmaker to record hymns? "Being a Christian, I grew up with hymns: my favourite part of going to church was singing those old hymns. Being apart of bringing those back - or keeping them fresh - is a worthy, great cause, and I'm glad I get to be a part of it. It's really amazing to me that these words that were written two hundred years ago are as relevant now, in my life, as they were back then. That was exciting to read them and feel how powerful they are."

Leigh Ann Bingham was born in New Braunfels, Texas on 27th June 1976. She was the girl in the pew on Wednesday nights, sitting between her Sunday school teaching mother and her church librarian grandmother, listening to her grandmother's sweet voice, just beginning to discover her own. "I remember wishing that I could hear myself. I thought, 'These people need to stop singing so maybe God could hear me a little better.' Even as shy as I was, I had the desire to be heard."

Leigh started singing country music and learning old country songs on the guitar at the age of 12. She had several years' experience singing in local cafes with a middle aged band and performed regularly at a Texan country and western dance hall. She met guitarist and songwriter Matt Slocum at a church retreat in the early 1990s.

Leigh joined Sixpence None The Richer and the group's early albums 'The Fatherless And The Widow" (1994) and 'This Beautiful Mess' (1995) established Sixpence as a leading alternative act. In 1996 Leigh married the drummer with PFR, Mark Nash, who she had met when both groups were performing at Illinois' Cornerstone Festival. The following year 'Sixpence None The Richer' (1997), with its "Kiss Me" mega hit, catapulted the group into the mainstream. But there were major difficulties ahead for the group. Steve Taylor's Squint Entertainment label went belly-up. And though another Sixpence None The Richer album 'Divine Discontent' was released in 2002 to critical acclaim, two years later Matt Slocum announced that Sixpence None The Richer were disbanding. Also in 2004 Leigh and Mark had their first child. 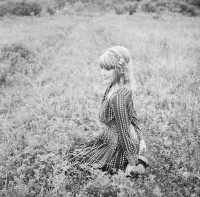 Leigh began work on a solo album, 'Blue On Blue', with producer Pierre Marchand in the autumn of 2005. Her first single "My Idea Of Heaven", with an attention-grabbing video, was released in July 2006. 'Blue On Blue' was released by Nettwerk Records under Nash's own imprint, One Son Records. She also released a Christmas EP 'Wishing For This' in November 2006. In 2007 Leigh worked on a collaboration with Bill Leeb and Rhys Fulber of Delerium for the ambient dance entity Fauxliage. Leigh contributed her vocals to several songs including "Let It Go", "All The World", "Some Day The Wind" and "Rafe". "Let It Go" and "All The World" were used in the drama series Moonlight while "Rafe" eventually became a Cross Rhythms turntable hit. Leigh enjoyed her brief sojourn with Fauxliage. "That was one of my favourite things that I've ever gotten to do. Fauxliage was a project with the Delerium guys and myself and I enjoyed that very much. I love writing to those kinds of tracks: it was very exciting."

2007 was a difficult year for Leigh. Her marriage to Mark Nash had collapsed and the couple divorced. In November 2007 Sixpence None The Richer reformed and the following year released a Christmas album, 'The Dawn Of Grace', followed by a Love Came Down At Christmas tour with Jars Of Clay, Leeland and Sara Groves. Although another Sixpence album, 'Strange Conversation', was slated for release in 2010 it never came out. However, there is a new project in the pipeline. Said Leigh, "We have a record that we made - it should be out in the springtime. It's called 'Lost In Transition' and we're very excited about it."

It's taken some time for Leigh to recover from the traumas of the last few years. She admitted, "It's been a really slow process; a very painful one. Letting go of things that I've done, mistakes that I've made, that's a really hard thing for me to do, to forgive myself. Having a divorce after we'd been married for 10 years, then just on the heels of that losing my father, just felt like wallop after wallop. I got in a cycle of grief and flogging myself. During one of my lowest periods, all of a sudden my youth pastor from the church I grew up in called me out of the blue, and I started bawling as soon as I heard his voice - because I hadn't talked to him in 10 years. I told him what had happened, said I'm really scared that it's over, that now everything is downhill: things can't ever be good again. He said, 'Leigh, I promise you the best is yet to come'. He's pastored many churches, and he's seen people go through divorces and everything people experience in life. So that's what I would tell people: if you look up and try not to solve everything yourself and control everything, then the best can be in the future. Keep your head up, even though it's so hard to do."

Things are indeed on the up for this most gifted of singers. She recently married Stephen Wilson. And she acknowledges that the 'Hymns & Sacred Songs' project has played a part in her restoration. "This hymns record has been a big part of my healing: being able to sing these words, forcing the words to go into my heart, I've received a lot of peace. It's meant the world to me. 'O Heart Bereaved And Lonely' is my favourite. It so well describes what I've felt a million times. 'O heart bereaved and lonely/Whose brightest dreams have fled/Whose hopes like summer roses/Are withered crushed and dead/. . .Look up, be not discouraged': those words are incredible to me. That's such a common human feeling, to feel so broken. To think that your tears are unnoticed or unseen is a desperate, lonely feeling. The song describes that, and also says what you can do. They're really tender, beautiful, honest words."

Love your voice, your song... All sticky in my ears. And thank God you've healed... God bless...

I saw this "qwerkie little girl" on the front of a CD at Family Christian Bookstore. When i played it in the car on the way home, I just thought, "wow"! I too, love the old hymns that are so rich in meaning to me. I love what you have done. I hope you do more albums like this. I don't know how successful this album turned out, but I think it is one of THE BEST!

Glad to hear that Leigh has recovered but playing songs for people and for Church is more powerful, do not stop playing music Leigh you have such a very wonderful talent, continue writing for God :)