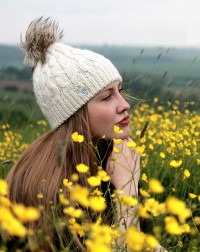 Libby Redman, no relation to Matt, has been attracting considerable critical attention for her dazzling debut album 'Where Love Begins'. The singer/songwriter has a soulful sound which the Music Review Unsigned website suggested "makes you think you are downtown in a smoky jazz room in New York City." But this soul jazz diva doesn't emanate from the Big Apple, but from the cathedral city of York, England. So how did this daughter of a pastor become a jazz singer? Said Libby, "I think it was a natural step really, obviously with my particular voice people tell me it suits jazz and it's quite jazzy. I think a lot of the musicians that I work with are more inclined to that particular style and I've always had a love for jazz as well."

When talking about recording her album Libby recalled how there were "lots of laughs in the studio." She continued, "I was blessed to work with some incredible musicians and some good personalities as well, it was just such a joyful time. I think everybody bringing their musical talents to the scene and working together was fantastic. We had just a lot of fun recording." Most of her songs reflect Libby's strong faith, though one, "Bye Bye Tonsils", is much more prosaic. Said Libby, "I had a lot of problems with my tonsils from being really young and then it kind of stopped when I was about 18. Then when I was about 19 the problems began again. I used to get tonsillitis so badly and I would always be performing with really sore tonsils so I was really, really pleased when I eventually got them taken out. It was such a big and dramatic change for me and it really sort of changed my life that I couldn't not write a song about it. So I was just sat at the keyboard and chatting with my family about it and the song just came."

I asked Libby who her main influences were when writing the album. "My top inspiration has to be AndraÃ© Crouch, who of course is known as the King of Gospel. I think he's amazing, I love his music and more than that I love the way he chooses to live his life as a pastor and really invests in his community. He's still very community minded despite his celebrity status. He's a huge influence on all of my music. Then other influences would be The Winans, Donny Hathaway whose voice and music I love and Anthony Hamilton as well."

In 2009 Libby released an EP, 'Sweet And Sparkling'. It was her first release. I asked Libby what inspired it. "I've just always loved writing songs. I think I wrote my first one when I was about six. . . though I'm not sure if it was very good. So it just seemed a very natural thing to do. I was spotted playing at a party by Joe Johnson from Shed Seven. He approached me and told me that he thought I could go quite far and that I was very talented. He said, 'Let's do some recording and work together,' and so we did and that's how 'Sweet And Sparkling' came into being." 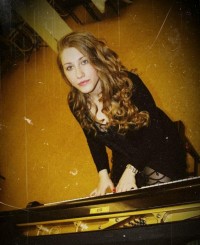 So what kind of gigs has Libby been doing? "I'd done little bits, mainly in church. It wasn't until I was about 18 that I started performing in pubs and bars. I formed a jazz band with some friends at Bible college and then we started to gig in pubs and things. It was from then onwards I really started to sing professionally in venues outside the church."

The largest audience Libby has played to so far is 1,500 people at The Mattersey Hall graduation ceremony in Doncaster. Her favourite performances so far have been in church "when everybody is passionately worshipping and the focus is really on God and how good he is, when there is that sense of unity and togetherness and just everyone sings together and there's that great atmosphere. I am really involved with my local church, The Ark in York. I work in the musical and creative side of things there. We are very blessed to have a brilliant team. I also work locally with some of the other churches in the city as well on musical projects."

Libby concluded our chat speaking about she has learnt over the past few years. "I think the main thing is not to fear, not to be fearful but to completely trust in God and rely on him." For her future Libby has few concrete plans other than "just to see where God takes me and to do his will whether it's to continue down the musical route or do something else. I tend to just take life one day at a time and always seek God's will and try and put that first."

The opinions expressed in this article are not necessarily those held by Cross Rhythms. Any expressed views were accurate at the time of publishing but may or may not reflect the views of the individuals concerned at a later date.
About Hannah Rose Sadler