MC Tempo: A no holds barred response to Jahaziel, followed by a worship EP 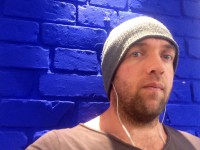 Every once in a while the veteran London-based gospel rapper, MC Tempo, finds himself the centre of interest in the Christian media world. Back in 2006, the rapper was quizzed by Christian radio and TV, who were intrigued by his dramatic conversion story and the miraculous healing he received. Then, after a lengthy sabbatical, Premier Christianity were reporting on the release of Tempo's "Baa Baa Black Sheep", which was a response to the announcement in 2015 by fellow emcee Jahaziel that he was no longer a Christian, followed by an attack on Christian rapper S.O. Now MC Tempo, real name Mark Edwards, is in the Christian media spotlight again with the release of a worship project. I began by asking why he was entering the worship arena.

MC Tempo: Coming back to recording with the worship EP 'Warcry' was more of a God thing. I felt Jesus speak to me about seeking first his kingdom. I had a conviction in my heart to do it and only want to do what I see the Father doing. Most of the songs just came from going in to the studio, praying/worshipping and recording what came out.

Tony: I understand that your next release is going to be a lot grittier.

MC Tempo: It is indeed a lot grittier. The songs lyricise what it is like for unchurched young people today growing up, reflecting on the difficulties they silently struggle with and where their theology/spirituality fits in to that. I have finished recording it. I haven't decided on what to call it yet but will wait till Jesus gives me the green light to proceed, prayerfully, later this year.

Tony: There was a long gap between the recording of your album 'Direct From The Heart' (a 2009 release) and the "Baa Baa Black Sheep" single.

MC Tempo: I actually laid down music for a season; I felt God speak to me about that, so I felt I was just doing what Father was showing me to do.

Tony: So what got you into recording again?

MC Tempo: I felt God speak to me at the end of the summer last year to start recording again, and I was like 'Oh, okay'. I got back in the studio with my producer Jay Picasso, he runs Star City Studios in Sutton, south London. He's a Christian producer. He owns and runs the studio. Great guy, I thoroughly recommend Star City Studios. He's such a good producer; I've turned up there for recording sessions which we've had in the diary, I've had half-written verses and a vague concept and I've said, 'Jay, I've got this and that' and he's said, 'That's fine - get in the booth'. He's like a bloomin' magician, he's like a modern-day psalmist the way he arranges and rephrases and loops and reverbs this, and twists that and puts a synth[esizer] over that bit - he's an absolute genius. 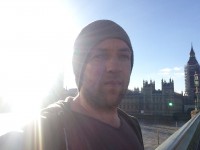 Tony: Your response to Jahaziel's single. Was that an easy song to write?

MC Tempo: I think if I'm totally honest with you, Tony, it's probably the most difficult song I've ever written. I wrote it with a heavy heart. This isn't two people having a fall-out, as it perhaps would be within the secular hip-hop scene. For me it's more a case of Jahaziel's a good friend of mine, I love him, he's a fantastic artist. I've worked with him, we've done massive shows on Brighton beach together and so forth. He featured on my last album 'The Cement Mix' on a track called "The Fool" (ironically). However, he used his God-given free will to reject Jesus, which is fair enough if he chooses to do that and he chose to start launching into another Christian rapper by the name of S.O. He originally wrote a track called 'Fall' and in it he was reflecting about how Jahaziel had fallen away from Jesus, which was sad. S.O. and Jahaziel were pretty much best mates when that happened and they started to disagree on Jesus. Jahaziel wrote a song "Grand Rising" responding to the track which S.O. wrote.

But in "Grand Rising" he didn't just respond to S.O., he started launching into Christianity, started sowing doubt into Christian truths, saying 'The man on the cross was just a scarecrow, the only talking snake I've seen is Kaa'. . . just really questioning a lot of the fundamental basics of it. Jahaziel took his grievances public, so I had to respond publicly. He didn't do it privately, otherwise I would have responded privately. I think as far as the response I was expecting goes, I think the thing about Christianity for me is that it's not based on feelings, it's based on fact. If you're trying to masquerade fact as false, to discredit Jesus and all that he's done for every man and woman on this planet - past, present and future - then I'm going to stand. That's sort of what happened with that. He made several points in his song, he started taking Scriptures out of context, he started calling God 'the baby killer' from the story in Exodus - using things which are descriptive and presenting them as prescriptive.

For me I was like, 'No Jaz, this ain't happening mate, sorry'. I phoned him up, I said, 'Mate, we got to do lunch', so I bought him Nandos, we met up in Sutton, south London and I said, 'Mate what's going on with you?' He started laying out his rejections. He was coming out with some really silly stuff like 'Christianity's a white man's religion made to oppress black people' and I was like 'I don't think Jesus was white; he was born in the Middle East and the Ethiopian eunuch in first century Christendom. . . Come on there's stacks of evidence for this, you can't just pick a pie in the sky philosophy and build on that'.

Tony: Do you feel that grime is a particularly different style of rapping?

MC Tempo: Personally I don't accept it as a separate style of rapping. I think those who want to identify themselves as grime artists are, for me you're either good on a microphone or you're not. If you can rap, you can rap fast or slow; you can go at 180 words per minute. Or you can roll on the microphone with a slightly more relaxed flow. For me personally, it's more a case of saying, regardless of how you identify yourself, you either rap or you don't.

Tony: What are your feelings about a hugely popular grime artist indicating he's a Christian but peppering his work with four letter words?

MC Tempo: For me personally, the number of Christians that I see on a journey, ultimately, he stands before Jesus with his heart at the end of his life. I think it's easy to cherry-pick the things which Stormzy hasn't done well but I think in the case of mainstream media, I think he's done pretty fantastic, to almost come out as a Christian in a public forum with the extent of the following he has, he's by far the biggest rapper in the country, he's excellent. He's from south London as well, which is good. I'd like to see more Christian rap artists emerging but not necessarily rapping about themselves because there is an underpinning philosophy in secular rap where it's about self-glorification, sort of saying 'I'm this, I'm going to do that, look how good I am!' Christian rap is mirroring the Messiah, more so saying 'I can do this, but only because of him, it's Christ in me, the hope of glory' - the whole Colossians 1:27 thing. I'd like to see a rise in good British Christian rap. I think a lot of it is mainly Stateside; there's a bigger audience for it Stateside. I'd like to see it rise up more so in the UK.