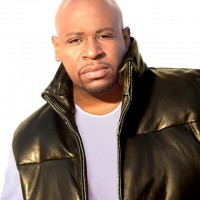 Saxophonist Mel Holder tries not to use the word jazz when referring to his music simply because there are still many pockets of resistance to the "j" word. "Yeah, because jazz still has something of a stigma in the Church - the nightclubs, the drinking, the drugs, the women, all of those things. I choose personally not to use that word, because I don't want people to stigmatise me with those thoughts. I look at myself personally as an inspirational musician. I may use jazz, I may even use classical, but at the end of the day my gift is a tool to inspire you, to uplift God and to begin to bring down the strongholds of the enemy."

Mel was born in Brooklyn, New York, of Panamanian descent. While at school he developed a passion for the saxophone and after his mother had sacrificially bought him his own instrument, he quickly showed himself to be a fast learner. Studying at the Erasmus Hall Institute Of Performing Arts in Brooklyn, by the time he'd gained his degree he was gigging in clubs across America including spells with '70s hitmakers KC & The Sunshine Band. That work took Mel to Miami and the sax player was attending Miami Dade College by day and performing with KC on the beach at night. Crisis hit Mel when he suddenly developed eczema all over his body and was forced to get away from the hot climate of south Florida. Back in Brooklyn, Mel started attending the church pastored by the late Nellie Leakey. While at one of the church's youth retreats in Pennsylvania, overseen by preacher B Courtney McBath, Mel had a profound encounter with the Lord and was duly baptised.

Holder began to study evangelism while taking up any and every task in local churches. A pivotal moment in Holder's life came when he found himself cleaning toilets in a local church and the musician was momentarily tortured by the Devil who showed him how he had once been a nationally known artist but was now reduced to a minimum wage janitor. Holder resisted the spiritual attack and after graduating Bible College was appointed as a band leader answering to Loris Holland, minister of music at Pilgrim Tabernacle Church, Brooklyn, which was being pastored by Bishop Roy E Brown. Mel served at Pilgrim Church for eight years. During this time the musician saw first-hand what was going on behind the scenes in the gospel music industry as many gospel artists visited Pilgrim Church.

Holder admitted that what he saw of the dubious business practices going on in the gospel world was disillusioning. He said, "Thankfully it's got better now but having said that the gospel world is still a business. I had to learn just because somebody says 'God' doesn't necessarily mean they are godly. I'd seen it first-hand, and that woke me up. You have to keep focused on your relationship - begin to treat people the way you want to be treated. Just because someone wrongs you doesn't mean you now turn and begin to do like behaviour. It takes a deeper level of commitment and maturity in your life as a Christian to be able to look at it as a stepping stone, not a stumbling block, and still move forward in your ministry and your call." 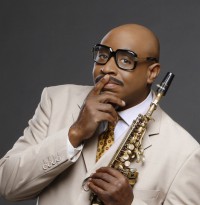 Now moved on to Christian Life Center (today called Christian Cultural Center) in Brooklyn, as his biography spelled out, "this experience was much different to what he experienced earlier. There he adhered to the teaching doctrine, which placed its focus on character, integrity and a sound personal relationship with God. They were not one bit interested in his musical talents. The ministry's policy was membership for one year before service in any capacity."

Under the teaching of Dr A R Bernard, Holder's ministry was finally established. He recorded his first album in 1997 and was soon touring all over the USA and overseas. His 1999 album 'Now And Forever' and the Christmas project 'A Gift So Special' were well received while in 2000 his album 'Music Book Vol 1' became his best-selling CD so far. Today Holder is very much an international traveller. He commented, "I've been coming to Britain for the last 25 years. I'm doing a worship tour - Jerusalem, Berlin - and this is the next stop. It's very exciting; it's a little different, because it's not a traditional concert setting, it's myself and other worship and praise leaders, other musicians and singers, and we come together in one spirit just to worship God. We share our gifts, our talents - just have a time of worship. That's what it's about. It's a very powerful event: we see many things that happen through the exercise of worship."

Holder's latest album is 'Back To Basics: Music Book Vol 2'. Said the saxophonist, "It was recorded last year and was released this year. I'm very excited about it because it's starting to pick up some steam. It features one of my good friends, Gerald Alston, from The Manhattans and the new group, Journey For Life, that I'm working with; then another co-producer, Travis Milner, known as the Maestro. The project is currently charting on Billboard. My last peek at Billboard, it was at number 15 on the gospel charts, number 19 on the gospel-jazz charts, and it got up to number six on the contemporary jazz charts. I'm really excited about the movement this record is getting; as we know, God can do all things. He is the author and finisher of my faith. I put my faith in him, just watching him do what he does best. It's a project that's birthed out of taking simplicity and just giving it a new arrangement, making it very new but yet simple. That's the concept of 'Back To Basics'."

One of the aspects of Mel's ministry is his ability to participate in worship events with little or no plan of the music he will be playing. He explained, "The way I look at it, the saxophone is nothing unless I blow in it and put my hands on those keys; and I am nothing unless God blows through me, puts his hand on my life. I can translate that through my instrument, and then we begin to usher in the presence of God. Worship changes the atmosphere; the atmosphere changes the culture; the culture will eventually change the people. This is the way we're moving, what we're looking to do. It's not about advertising named artists: we're going to have named artists there, but the name of the artist isn't as important as the worship experience and what people are going to experience, how it's going to bless their souls, take them to a place where they can worship God. They begin to see change in their lives, because worship is the currency of Heaven. 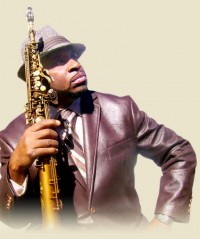 "When you use worship, you are making a deposit in Heaven; when that praise goes up, the blessings of God will come down. It will rain on your life, and you begin to see changes. I'm seeing that personally: a month ago, I had no idea I would be in London - it wasn't in my comprehension. But I'm here to do an event that was pre-ordained. I got in tune with it a few weeks ago, but it was pre-ordained; and I'm looking with great anticipation for the move of God. I'm going to be selfish - I'm going to get blessed too - because I want some of it."