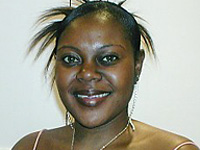 There's so much press and publicity on fair trade and it has gone some way in raising awareness on issues concerning global trade. However, although the promotion of fair trade and fair trade products goes some way in addressing equity in trade it is not the end of the story. More needs to be done to make the international trading system truly fair by challenging governments to make the rules of global trade equitable.

The development model for developing countries that is most favoured by liberal international institutions such as the World Bank and IMF is the export-led growth model which advocates abolishing trade barriers, exporting one's produce and selling it on the international market. In this way the economies of developing countries would be integrated into the international economy. Although this liberal approach advocates free trade and market liberalisation, this is not fully realised and there is a neglect of actual free trade in practise. Many of the states, which claim to practise free trade developed their economies through protectionism and a strong state and also provide subsidies and tariffs to protect their industries. One only has to look at the EU Common Agricultural Policy and the US Agricultural policy to see how 'free trade' is not actually free. Heavy subsidies of farmers in the EU and US do not allow resource-poor small holder farmers in the developing world to compete in international markets. Such policies are made in favour of those who set the rules, and in the international system these are the developed countries.

Genuine fair trade can only become a reality when there is the unified commitment in both developed and developing states to operate in an international trading system that allows competition on a truly level playing field.

The opinions expressed in this article are not necessarily those held by Cross Rhythms. Any expressed views were accurate at the time of publishing but may or may not reflect the views of the individuals concerned at a later date.
About Jemima Agyare

Jemima Agyare is a doctoral researcher and politics tutor at The University of Nottingham. Her research investigates the politics and governance of genetically modified agriculture in Africa, focussing on its potential to benefit the poorest. Her main research interest is the intersection between science, technology and development.

View all articles by Jemima Agyare

i m a farmer and landlord in india and i want to be a member of agriculture tradefair and agricultue exibhitions.so please guide me,
regard,s
deepak kumar

Fair trade, access to capital and entrance into the global marketplace on an individual and micro-business levels are all essential to the alleviation of extreme poverty for millions of families around the world.

We, the consumers of the world have to voice our objection to global exploitation w/ our dollars (Pounds, Euros). We have to be willing to spend a bit more on a pair of socks not made in a sweatshop or for coffee that affords the producer enough to adequately feed and cloth their family.

So long as the consumers continue to make their buying decisions based upon lowest absolute price, trade can never be fair for those that are most ripe for exploitation.

Listening to you break this fair & free trade down has made it much more understandable for me and touches me becasue i'm african and i know that many africans would love to see trade barriers removed. This would give them a better shot at removing the stigma currently attached to africa (being referred to as third-world countries) just because their resources, gifts, and talents are not showcased to the world and paid for fairly as any other westerners' would.

Buyers from western countries go to africa and buy all they want with a clear intention of getting it for a steal and even though, all is fair in comercialism and profit margin, any trader should be paid at least the production cost for their goods.

America and Europe should put more effort into practicing what they preach, trade fairly and freely.