Morgan Harper Nichols: The soulful singer / songwriter with the heart of a storyteller 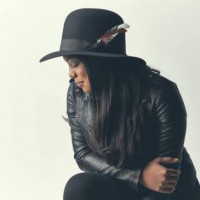 There are an increasing number of listeners to Cross Rhythms radio who will tell you that their favourite song currently being played is "Storyteller" by Morgan Harper Nichols. It's a unique blend of acoustic pop with a touch of soul featuring a lyric which hints at the one who "brought the pieces together and made me this storyteller." Guesting on the song is Morgan's younger sister, Jamie Grace, who's known to all Cross Rhythms devotees for her effervescent pop hit of 2011, "Hold Me". Morgan spoke about "Storyteller".

"Last year in June my husband, my sister and I were hanging out with some family and friends. We were driving through the Texas countryside one Sunday evening and I just thought to myself wouldn't it be really cool if there was a place where every week Christians could just get together and hear stories of hope. I didn't really know what that meant other than just creating a space on social media which is something I use all the time. So I got on Facebook and I said, 'Alright every Sunday night at 9 pm we are going to share stories of hope' and I was blown away by the number of people who were sharing their stories and encouraging other people all within an hour of starting it. So it was pretty eye opening just of how impactful it is when we share our stories."

She continued, "A few months after that I was talking to a record label and they said, 'What if you wrote a storyteller song?' I was like, 'Ok let's think about that.' I had completely forgotten that I had already started working on a storyteller song but it wasn't called 'Storyteller'. I suddenly remembered and said, 'I already have a song, let's go for it.' To be completely honest I was super hesitant to share that song because it felt very personal and I thought no one would get it. But God is amazing and the opposite happened and people have been touched by 'Storyteller' and have been encouraged to tell their stories."

The singer/songwriter was born Morgan Novelate Harper in 1990 in Los Angeles. She and her sister are daughters of Bishop James Henry Harper who together with his wife Pastor Mona Nanette Harper runs the Kingdom City Church in Stone Mountain, Georgia. At the age of 16 Morgan attended Point University and began singing her compositions around coffee houses. In 2007 her song "Doesn't Take Stars To Shine" was featured in the Lionsgate Film, The Bratz Movie. This landed Morgan a prime spot on Good Day Atlanta which created quite a buzz locally, allowing her to open for acts such as American jazz violinist, Ken Ford. This was also the year of her first national tour, Singing For College, where she raised money for her college tuition in various cities such as Atlanta, St. Louis, Dallas, and Los Angeles. 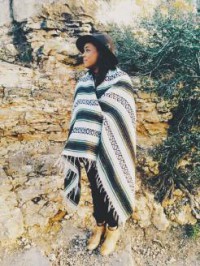 In 2009, Morgan travelled abroad for the first time in her life where she would live in Birmingham, (West Midlands, not Alabama) where, for six months, she was part of the Globalscope Exchange Student programme with the University of Birmingham. Back in the US Morgan married Patrick "Kekoa" Nichols, a writer, minister and aspiring counsellor. After the success of Jamie Grace's "Hold Me" Morgan understandably came to the attention of Gotee Records founder TobyMac. In 2014 Jamie and Morgan appeared together on a Gotee Christmas EP, 'Family Christmas' and Morgan also guested on several projects including Jamie's second album 'Ready To Fly' (with Morgan co-writing five tracks on the album) and Matt Maher's 'Saints And Sinners'. Her debut full length album featuring her "Storyteller" gem was released by Gotee earlier this year.

TobyMac said about Morgan's gift, "Just when you think Morgan's songwriting gift overshadows her gifting as a singer and musician, she spins your head. She is THE triple treat! A deep well of soul stirring lyrics as well as vocal and musical chops that will stop you in your tracks."

I was really touched the first time i heard this song and at the same time i was facing a mountain in my life and this song really encourage me as a line says.."The mountain where I climbed, the valley where i fell, Jesus is there all along.
Thanks..

Why is the song "Storyteller" no longer available. Is it on an cd that can be purchased?