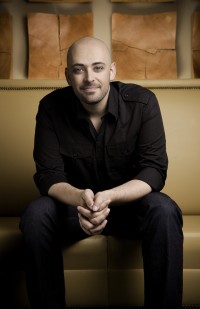 There are plenty of critics lambasting the huge influence TV talent searches have had on the British and American music industries. But few can deny that such programmes undoubtedly bring to light some fine vocal talents. This truth was again demonstrated in September when Integrity-Provident released the 'Into The Light' album by American Idol finalist Phil Stacey. The Cross Rhythms reviewer enthused, "Stacey's vocal performance is almost flawless, from husky sensitivity to gutsy emoting on the choruses." 'Into The Light' was produced by one of Christendom's most talented studio men, Brown Bannister (Steven Curtis Chapman, MercyMe). Bannister himself was hugely enthusiastic. "Working with Phil was such a gift. It's been a long time since I've produced someone with his abilities as a writer and vocalist. This distinctive, powerful voice is a breath of fresh air in this market."

Stacey wrote five of the songs featured on 'Into The Light'. He said about the project, "If you put all of my musical history in a blender, this is what comes out. I've never been able to watch myself on American Idol. I don't like hearing myself, but I can't stop listening to this record. It ministers to me. It means something to me and therefore, I think it will mean something to other people. . . There are songs on the project that will encourage and others that will challenge. Some that I've written and others that I heard and just had to record, including one by one of my favourite artists, Rich Mullins, called 'Hard To Get'."

With its brutal honesty about how God, at times, seems so remote, "Hard To Get" is a classic Mullins composition overdue for rediscovery. Stacey spoke to Christianity Today about the theme of the song. "For those of us in ministry positions, so many times we can't talk about the things we face. It's a risk of losing our job. What if a pastor got up and said, 'I'm doubting'? He can't do that. Rich Mullins was probably one of the most influential songwriters because of his transparency. My parents were very good about not wearing masks, and being very transparent with us, but I also got to see a lot of the folks in church that do know exactly how to play church. They know all the right things to say. But it's encouraging to know that you're not the only one who has to go through that, and God understands what you're going through. It starts early in the Bible and goes all the way through the end. You have to go through a valley to get to a mountain. You surrender your life to Jesus, believing that you've got it all together, you know where he's taking you, but God is unpredictable. He will never take you the way you thought you were going to go."

A native of Harlan, Kentucky, Phil grew up surrounded by Christian ministry. He explained, "Both of my grandfathers were pastors and my father is a pastor; not only were they pastors, they were incredible Christians, great examples of integrity. They weren't religious people, they were relationship people. They had a great relationship with Jesus. I saw that and I wanted that in my life. I got saved when I was very young." 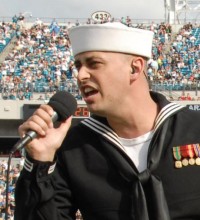 In addition to a love for God, Stacey's dad also instilled a passion for music. Phil's father played trumpet and keyboards professionally before leaving secular music behind for a life in ministry. But music was always an integral part of the Stacey home. Phil grew up singing in church and later attended Lee University in Cleveland, Tennessee, where he became part of the highly acclaimed Lee Singers. "The Lee Singers were famous to me," said Stacey, who remembered how he felt when he first found out he'd passed the audition to join the choir. "I was shocked. I thought, I'd better register for classes! I took out loans and went to college basically to be in the choir."

He also earned a spot in Second Edition, Lee's even more exclusive touring group. In addition to performing, Stacey fed his musical appetite by taking a job at a local recording studio where he learned the more technical side of the business by producing independent albums. During college, he also began soaking up a wide variety of music beyond the country and gospel that he'd grown up listening to with his family. After college, he and his wife Kendra moved to Denver where he took a job as a music minister.

Like many Americans, the events of 11th September 2001 prompted Stacey to re-evaluate his life and priorities. "I wanted to support the effort against terror," he said. "I was always proud of my dad, who was a veteran and fought in Vietnam." In 2003, Stacey enlisted in the United States Navy where he served as a Musician third Class at Navy Band Southeast in Jacksonville, Florida. While in the Navy Phil entered Season 6 of the American Idol talent search and ended up as one of the finalists, performing for an average of 30 million viewers a week for the 11 weeks he competed.

After the massive exposure of American Idol Phil unexpectedly moved into country music. He explained to Christianity Today, "I have always loved country music. I was born in Eastern Kentucky. I grew up listening to the greats - Bill Monroe, Roy Acuff, these guys did more hymns than anything else. The Grand Ole Opry used to end every single episode with a hymn. And that's the music I was allowed to listen to as a kid." 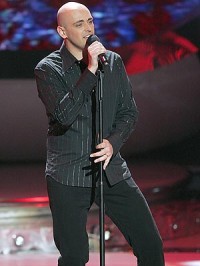 Phil continued, "Coming off American Idol I immediately signed with Disney, and they wanted to release a country record. I told them, 'I've got a message I want to share with people.' I was able to put John Waller songs on my record, and I was able to share my faith with people, and I think it got to a point where most of the people around me were like, 'Phil, you're a Christian artist, this is your heart.' I missed singing in church. That's where I grew up singing. I was touring churches when I was 13. So I realised that's where I need to be. My label and I parted ways early fall last year. I was ready to travel to churches, just share my heart with people."

It was Phil's move back to church ministry which led, indirectly, to him being signed by CCM giant Reunion Records. He explained, "I booked up a whole bunch of churches. I thought maybe my whole label dreams were gone. Whether they were or not, I was satisfied in knowing that God's plan is still relevant to my life. And even though I was scared and I didn't know exactly what I was going to do, I started doing some ministry at churches. Michael W Smith asked me to sing at an event of his - I'm in the Navy so I got to sing in my uniform - on 'There She Stands'. I was scared to death, because it was a big anniversary thing for Smitty. [Provident CEO] Terry Hemmings was there, and so was Brown Bannister. They both contacted me after the concert and said, 'I want to do a record with you.' So it all worked out."

Today Phil lives in Nashville with his wife Kendra and two daughters, McKayla and Chloe. Having completed his four-year commitment to the US Navy he is now in the Navy Reserves. Above all Phil is truly a man contented with is lot. He enthused, "I've always wanted to sing Christian music and I almost signed with a label when I graduated from college, but God had a plan for me, and God is anything but predictable. There were times along the journey when I was wondering where in the world God was taking me. Now I see why he took me through all the turns and I'm so grateful that he did."

Thank you so much for this review. I am one of Phil's early fans since his run on "American Idol," and it does my heart good to read what others think about him. He is indeed an awesome artist and person, and many have been won over by him, once they saw more of him that Idol did not have the time to show. While I love his first cd, I definitely think that he is in his element when he sings about the Lord.