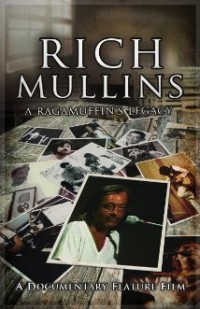 The tragic car crash death on 19th September 1997 of Richard 'Rich' Wayne Mullins robbed the CCM scene of one of its most creative and spiritually radical stars. Best known for his worship songs "Awesome God" and "Sometimes By Step", his groundbreaking albums such as 'The World As Best As I Remember It Vol 1' (1991) and 'A Liturgy, A Legacy And A Ragamuffin Band' (1993) are now regarded as classics. The documentary feature film Rich Mullins: A Ragamuffin's Legacy finished filming in October 2012. It premiered in Wichita, Kansas on 9th January 2014. American writer Chris Marchand interviewed the film's director, David Leo Schultz, for a podcast. Here is an edited version of that podcast.

Chris Marchand: The name of the film is Ragamuffin with the subtitle The True Story Of Rich Mullins. Am I getting that right?

David Leo Schultz: That's not really our subtitle but was actually an art mistake. So it kind of got out there and it's not actually what Dave Mullins [Rich Mullins' brother and producer on the film] or myself wanted. So we've retracted that. It was supposed to be Based On The Life Of Rich Mullins. The thing is Rich Mullins had a large fan base in the "ragamuffin" culture - those of us who like Brennan Manning and The Ragamuffin Gospel - but he also had a whole set of fans who knew nothing about the ragamuffin thing. So we needed to find a way to have Rich Mullins' name in the title. The original idea was to take one of his quotes that was in the movie, but for me there was no one quote of his that summed him up. When we did the trailer what we eventually came up with was "His life was a whirlwind, his music was honest and his faith was reckless." We were trying to hit chords for people who just knew his music and also hit with those who knew that whole ragamuffin vibe.

What we've been experiencing, from literally everybody who knew him to fans, is everybody had the Rich that THEY knew. But Rich had such a vast life - I kid you not, literally every week I meet somebody who tells me "You know, I was one of Rich's best friends," and I think that that was really legitimate. I'm not trying to take away from anybody that says that. What I gather - because again, I didn't know him - but I think he was probably somebody who made you feel that way.

CM: So before we get into the movie give us a little background on yourself-where you came from and how you've built up to this point in your life. Is this your first time directing a film?

DLS: Yeah, [it's] my first time directing. I think when I first got started even some of my close friends were like "Why are you directing a movie?" And often what I've said to people is if somebody was supposed to direct it they would have directed it by now. And I don't mean that in a jerky way - it was something that I felt passionate about. In the special features to Braveheart Mel Gibson - who was originally approached just as an actor for Braveheart - said, "But I kept seeing the movie in my head." Now myself, I was never looking to make a movie about Rich Mullins but I kept seeing the movie in my head purely out of daydreaming.

CM: So I saw on you IMDB that you tried out for MadTV and that you've done comedy. Is that basically your background?

DLS: Yeah, I think it's one of my main passions or dreams. Growing up I just wanted to be on Saturday Night Live. Back then we didn't call it "ministry", we were just kids who loved Jesus and wanted to tell people about him, but I started a comedy Christian drama team and named it The Color Green. I did it through junior high, high school and college, even throwing in some standup routine in there. But I mainly did it as a means to an end because I was primarily passionate about preaching the Gospel and preaching God's love. I met this worship leader one time doing a convention and he asked, "What are your dreams and passions?" And that was a hard question for me because my dreams were to be on Saturday Night Live but my passion is Jesus; my passion is to preach the Gospel. And I honestly had been conflicted my whole life - but not in which one is the more righteous path. But I was like, "OK, God, you've designed me in these ways. . ." But what's been nice - and I saw this after being on the road with the tour for a week - was actually being able to preach the Gospel again in small doses. So for the first time in a long time I feel like all of my dreams and desires are coming to fruition. 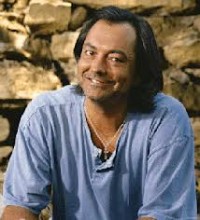 CM: Before we get into the movie itself, tell us how you came to meet David Mullins, Rich's brother, but also about how the movie got financed. How does an independent film like this get made?

DLS: As I was day dreaming about what a Rich Mullins movie would look like and as I was doing the Color Green stuff I had a gig at a church in Indianapolis where I found out David Mullins was a pastor. At the time it was just more of I wanted to meet him and it was an afterthought that I would mention making a movie. The only person who would constantly say I should make a movie about Rich Mullins was one of my best friends Jesse Bryan - who's a great filmmaker - and he would always say when we were struggling artists in LA, "You should try to get the rights to make a movie about Rich," and I didn't even know what that meant. But I met David, basically through happenstance. We met in a Mexican restaurant and at the time I was dumbstruck and didn't even know what to say. It's odd to think about that now because when I see or think about Dave I don't even think about Rich anymore.

CM: From what I've seen they have a lot of similarities - especially in their passion - but he's still his own guy.

DLS: Well, because I didn't know Rich I can't really comment but a lot of people say, and I think Rich used to say this too, David was a lot steadier in his faith. So in some ways Rich actually looked up to Dave.

CM: And so he gave you his blessing?

DLS: Well not then. We had this whole talk and I said I want to make this movie about your brother but I'm sure Rich wouldn't have wanted that and he said, "Yeah you're right, but why do you want to make a movie about him?" And I said I didn't know Rich but I was an audience member to his life and God used him to change me, especially when I went through my darkest times and was on the verge of saying to God, "If I wasn't so convinced of you I wouldn't want to be a Christian." And this had a lot to do with legalism in the Church and being shipwrecked by people's judgment of me. But guys like Rich Mullins and Brennan Manning stood out and said, "Hey, wait a minute, Christianity can look like this," which I think is what the Gospel is really all about. Our righteousness is brought about through what Jesus did for us on the cross.

I am a huge follower of Christ and of Rich's life and music. I discovered him really by the DVD about his life but after so much listening to many of his concerts and music I am grieved by the movie. It was as if the people responsible were trying to paint him in a terrible light. So sad to see him so uncovered because His life was hid in Christ, as we all are who are trusting what He did to save us. I never saw him disheveled as he was portrayed and all the addiction stuff and neediness and weakness expressed, was totally uncalled for. I wish someone would make the redemption story for us all to rejoice in. His life was so amazingly one of God's mercy, love and being a trophy of grace. He deserved respect and honor for a life worth lived, all for Jesus. Guess someone missed his Brother's Keeper song. So very sad, Valerie

I am the person described in the following excerpt from this article about the movie "Ragamuffin" based on the life of Rich Mullins....

"This was never supposed to be the end-all be-all. The best part for us is when we hear people go, "Who was this guy? I want to go look him up and get into his music." For us that's what it was about"
I have spent the past two months devouring everything I can find about Rich Mullins. I have purchased 11 albums and 127 songs. I have watched more than 200 YouTube videos of Rich. All of this because of a "divine intervention" which led me to watch the movie. Three weeks ago, our Bible study group began reading James Bryan Smith's book "Rich Mullins: An Arrow Pointing to Heaven". I cannot thank you enough. I have been introduced to my soulmate who now resides in heaven. My life has been forever changed.

This man's life inspires me to keep persevering in God's love and mercy. Than you! Great story, film acting, a movie that i will share with my family, friends and students.