Sego Brothers & Naomi: The end of a Southern gospel legend 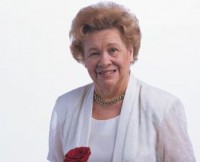 The death on 3rd November of Naomi Sego Reader won't have registered with Cross Rhythms pop, rock or hip-hop followers or even those who enjoy Southern gospel through the flow of Bill & Gloria Gaither & Their Homecoming Friends videos and CDs. Yet in her time Naomi was one of the most popular singers in Southern gospel and country gospel history and the group The Sego Brothers & Naomi were stars of the genre and their song "Sorry, I Never Knew You" some have claimed to be the first ever Southern gospel million seller.

The origins of the group that Naomi joined in 1959 go way back to the early 1940s. It was in 1941 that James Sego began singing as a young teenager with his brother and sister Lamar and Blondean. Billed as the Sego Family they appeared regularly on WMGA radio in Moultriel, Georgia. By 1946, James and his brothers, W R and Lamar, had started a quartet they called the Harmony Kings. They were heard coast to coast on the Mutual Radio Network.

James Sego met Naomi Easters of Enigma, Georgia in 1948. They were married the following year and from that point Naomi began to occasionally sing with the quartet, now billed as the Sego Brothers. The group name was updated to Sego Brothers And Naomi in 1959 when Naomi joined the group as a permanent member. By 1962 the group began what was to be a hugely productive recording career releasing close to 50 albums. One of their songs "I Want My Lord To Be Satisfied With Me" made America's mainstream country charts while another, "Sorry, I Never Knew You", has been said to be a million seller (though not officially recognised by the Recording Industry Association of America).

Following that success they appeared regularly on the long-running television programme Gospel Singing Jubilee. They later were invited to perform at Nashville's renowned Grand Ole Opry.

Lamar Sego left the group to form the Lamar Sego Family in 1967. Naomi's husband James passed away in 1979 while undergoing heart surgery. W R left the group that same year. But Naomi decided to continue traveling and recording. Naomi's son Ronnie was traveling with the group by this point playing drums. On one release in 1984, the group name was shortened to The Segos And Naomi and by 1990, the group name had been reversed to Naomi And The Segos. In 2001 Naomi was inducted into the Southern Gospel Music Association Hall of Fame.

In 2007 a farewell concert was held and in 2008 a final studio recording was released titled 'Happy Ending'. Later in 2008 there was some confusion over whether the group was actually retiring. Group members Kasey Kemp and Judson Horner left the group citing financial issues, while simultaneously filing for a trademark to bill themselves as The Segos. This effort was ultimately abandoned when Naomi announced she was not ready for retirement. She brought back former Segos tenor Jerry Gill and former baritone Scott Spangler in early July 2008. The group continued to travel and sing for several more years.

Naomi was preceded in death by her second husband Vernon D Reader and she finally went to be with the Lord, aged 86, on 3rd November. Throughout her life she was a member of the Holiness Baptist Church in Enigma, Georgia. A celebration of Naomi's life was held yesterday at Snow's Memorial Chapel in Macon, Georgia.