Watchman: The contemporary Christian reggae artist . . . back and testifying

Tony Cummings spoke to David Williams, better known as WATCHMAN, about the changes in his life and his latest batch of singles 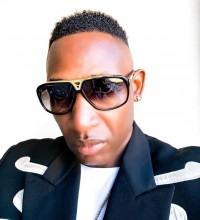 The 19th April saw the release of the latest in a string of singles by Watchman. We last wrote about this one-time inmate at Brixton Prison and now a much respected reggae artist in 2006. We thought an update was long overdue. Here it is.

Tony: I was checking out the Cross Rhythms website, and down the years we've called you a rapper, a ragga artist.

Tony: Let's go with reggae then. Does that mean that you sing a bit as well as rap?

Watchman: "No, I had this challenge when I started, coming into Christian music and reggae being a new style at the time, '92, there was no real gospel reggae then. People would say 'are you a singer?' Then they would call me a rapper because that was the nearest definition they could identify it with. I would say no, I'm not a singer although people do say to me you actually do sing. I wouldn't class it as singing. I'm more like back in the day you'd call it a DJ but not with the fast speed rap. You wouldn't really call it rap. That's the nearest to it."

Tony: Tell me about "More Than A Metaphor". How did you come to record that song and make the record?

Watchman: "I was in Jamaica at the time; I've been doing stuff there for a couple of years. And I realized that a definition of how people relate to Christ is very stereotyped and I found that it was isolating other people how they respond to God. People use various names theologically in calling God's name, I thought that we were kind of ostracizing other people or a faith or a religion in how they express themselves to God. And I thought he's more than a metaphor; he's more than just a door; he's more than just a good shepherd. Whether someone wants to call him Jahwe or Jehovah Jireh or Jehovah Nissi, it's their personal preference. I believe that God will respond to you, no matter what name you choose. You have a parent and a child in a good relationship and they use little nicknames in their personal relationship. God isn't trying to segregate people; he's trying to bring people together. And sometimes by our language I believe we separate people from even coming in and getting to know God. So I thought let's make it clear; he's more than a metaphor. Let's not be hung up on the titles and the names we choose to address God cos he's all that and more."

Tony: That's a single. You're in the middle of a release plan, aren't you?

Watchman: "I decided I wanted to put out about six singles. My last single before 'More Than A Metaphor', 'Blood 'Em Up' was released on Christmas Eve and there were another two, 'I'm A Blessing From The Father' and 'Second To None', before that. What I wanted to do was just give a little taste, especially as I've been away for a period of time just enjoying my wife, having a great time. I'll follow up with an album in the latter part of this year. For a title I'm looking at 'All Or Nothing'; I've got another name that came recently in my spirit that I've written down but there is an album coming out, yes." 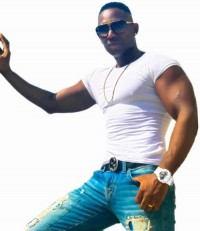 Watchman: "I can tell you what it is; it's the 'Grand Finale', that's the one that came to my spirit. I'm going to pray about that but at the moment it's 'All Or Nothing'. I'm open to say what it is; after all these years in this ministry I feel you've got to get real. People are hungry; they need good words in some good music."

Tony: You say you were in Jamaica; have you been to Jamaica quite a bit in recent years?

Watchman: "I got married to a young lady. We'd been talking on social media about particular music that we enjoy and artists that we like in the Christian arena and we just got talking and spent six months just talking on the phone. I was going to go to Jamaica to see my Mum and I thought two birds with one stone. I met this young lady and within three weeks of meeting her we got engaged - our engagement day was two years ago today. I took my Mum back to England for her 65th birthday and I was at home chilling and the Lord said you're getting married on the 7th of the 7th. I called her and said I really believe God is saying we need to get married NOW. I took the plane, I said Mum I've got to go again. Mum, I want you at the wedding, receive your blessing and your prayers, but I've got to be obedient. I've got to go now. I went, we got married and it was a wonderful time. I stayed in Jamaica all that time until Christmas. I've had a great time, enjoying the wedding and the marriage and making music out there like 'More Than A Metaphor'."

Tony: You've actually produced it with some very well-known producers, haven't you?

Watchman: "Yes, I have. I've always worked initially with Mafia and Fluxy and that was absolutely brilliant. There's a new up and coming artist, he was on Radio One recently, he did all the recording for me at his studio, which was wonderful as well. It all came together, he sent the files over, I hit the studio and we had great fun recording it."

Tony: The whole world is pretty divided at the moment but so is a lot of the Church. For instance, we still have black majority churches and white churches. It's nonsense really, isn't it?

Watchman: "It doesn't make any sense because we are the church. There's no racial, cultural or social distinction in God, neither male or female, black or white, rich and poor. That's scriptural. The Holy Spirit came down at Pentecost and revoked the curse of cultural diversity so we're all speaking one language. There's unity right there and this is what I want to see more in the church. I know they use it to try and bring an understanding of what they're talking about, I do not like the term 'black church.' It doesn't make any sense to me. And I've always felt that. I've been coming from the road; I've taken to it as a child getting to know for myself rather than being indoctrinated in any form or fashion. Even though my Mum was a churchgoer at a later stage I didn't take on that role or form of godliness. I got to know him myself. That's important.

"We shouldn't be divided by our cultural preferences or the colour of our skin or anything else. We nullify the word of God for the sake of our tradition. We make it of non-effect and it's so sad. I understand that if I was to identify my church to somebody who doesn't understand I might use the word Pentecostal. But I would say to them I'm non-denominational. You have to understand that. But if you'd like me to identify what type of church I go to - Bible, hand clapping, shouting I would say. But I don't like these terminologies to define. We do it also with how people dress and it's ridiculous. I'm always just being me. I wear my trainers, wear my jeans. If I want to wear my suit I'll wear my suit because I wanted to wear my suit. But there's nothing spiritual about it. When I get up in the morning and I feel good about things and I'm serving my church I will dress appropriately for my leader, for what he likes. But he's never asked me to dress in a specific way. But out of respect and integrity, if I'm representing your house, I will adapt to that. I'm just enjoying Jesus and enjoying being a Christian, loving God, having a deep relationship with him, and getting it deeper and deeper."

Watchman: "Let me tell you an experience that I once had. One day I left church and I was on my way home and there's a pub in Brixton called The Green Man. It's a notorious pub; the police have been trying to shut it down for years because of all the dope being used and sold there. As I was passing on my way home after church the Lord said to me by the Spirit, go in the pub and evangelise. I went into the pub and they were playing pool. I said Lord let me go up now. And the Lord said 'do not interrupt their game'. So I waited till they'd potted the last black ball and the Lord said 'go and have a Guinness'. I remember saying to the Lord 'can I have a brandy?' and he said 'don't push it!' So I ended up sitting down at that table and as soon as they potted the last ball I jumped to my feet and I said let me tell you about Jesus and began to talk at the top of my voice. Everybody was still, no one moved and someone out of the crowd, a Jamaican, they call them a Yardy, he said to me 'Preacher man, pray for us'. Every single person in that pub closed their eyes - listen, you don't close your eyes in a place like that! I prayed for every individual in there. In less than one week, the pub was closed down and has never been opened up since. I give God glory for that, in the name of Jesus."