More Than A Metaphor 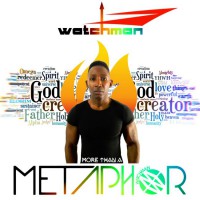 BRITAIN'S most popular reggae gospel artist, Watchman, has teamed up with renowned British reggae rhythm section and production team Mafia & Fluxy. The single "More Than A Metaphor" was recorded and mixed in Jamaica and will be released on 19th April. The song contains lines like "This God I'm talking he's real just like you and me/ Unlike the figurine on granny mantelpiece." Said Watchman, "The bottom line is that all these metaphorical concepts are merely types and shadows.God will respond to you no matter what name you chose to use." The track is from Watchman's forthcoming album 'All Or Nothing' to be released the latter part of 2019.

I feel so blessed listening to this song over and over again, it really speaks to my soul and made me realise
That in this time there is nothing more we can do but to call on the name of Jesus and lean on HIM because HE more than a Metaphor.
God Bless You Man Of God And God Blessed Crossrhythms