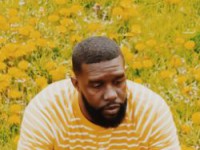 THE POPULAR hip-hop team of Sareem Poems and Newselph are releasing the album '88 To Now' in both download and limited edition vinyl on 25th October. Guests on the record include Ozay Moore, Chris Orrick, Sivion, James Gardin, Macklyn, Composetheway and DJ Sean P. It is issued through Illect Recordings.