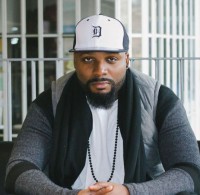 POPULAR rapper Dru Bex has released a single "Actually". Said the emcee, "The concept for the song came from a conversation I had with my photographer at the time who was a member of the Freemasons. He was trying to convince me that Masonry wasn't as bad as many people think, and that many Masons practice Christianity. When I asked him if he considered himself a Christian he said something like 'sure. . . maybe. . . it's all just poetry and stories anyway right?' At that point I told him that I believe every word in the Bible and take it literally and his response was 'you actually believe those stories?' It's been awhile since that conversation but it stuck with me throughout the years. . . I hope this song can become an anthem to those not willing to give in to the peer pressure of being shamed for actually standing on the word of God."