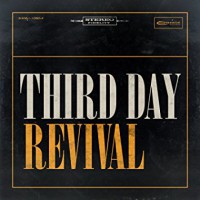 THE LATEST album by CCM hitmakers Third Day, 'Revival' will be released by Provident Label Group/Sony Music on 4th August. The album will also be released in a Deluxe version with five additional tracks. 'Revival' was recorded at the legendary studios in Muscle Shoals, Alabama where such artists as Aretha Franklin, Otis Redding and Wilson Pickett once recorded hits. Said drummer David Carr, "It's one of those 'if these walls could talk' kind of things. With all of the incredible hits, the sounds, the melodies that have been created in [that] space, some of that you hope that it rubs off a little bit." The project was produced by the band's longtime mentor and friend Monro Jones. Said Carr, "It's been a really fun experience to just explore these new spaces for us musically, sonically. You know you're onto something when it just seems to catch fire on its own and become a thing that's bigger than you."