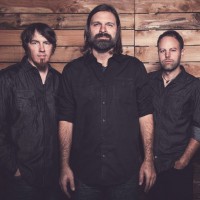 ONE OF the most successful bands in Christian music history, Georgia's Third Day have announced their retirement after one final farewell tour of the USA. The band announced their decision in a video post on social media. "These last 25 years have been an amazing ride that we never in our wildest dreams thought we would experience. We know this is a season that was coming to a close and we wanted to give fans one more chance to see us perform live". Third Day will embark on a 12-city nationwide tour beginning on 31st May in Seattle and wrapping up on 27th June in Denver, Colorado.