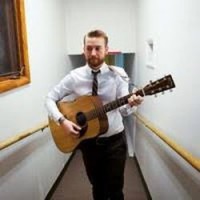 THE NASHVILLE-based artist and producer Stephen Keech, who was once vocalist and songwriter for metalcore band Haste The Day and is currently bassist for As Cities Burn, has released an ambient instrumental album, 'I Never Left You'. In 2012 he released, under the name Keech, the album '! (Exclaimation Mark)'.