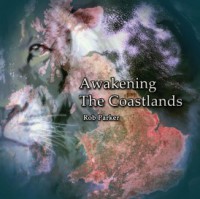 THE MINISTER, worship leader and songwriter from Bridlington, East Yorkshire, Rob Parker has released the album 'Awakening The Coastlands'. Describing the album renowned church leader Jarrod Cooper wrote, "An incredible work of honest, heartfelt, deep worship, based in the ancient British sounds of revival that will leave you lingering in God's intimate presence and longing for the Lord to walk our land in power again."