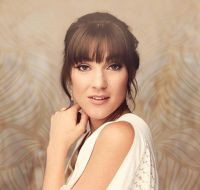 NASHVILLE-based singer/songwriter Alisa Turner has her first EP released globally through Integrity on 4th August. 'Alisa Turner' was produced by Grammy-nominated Michael Farren. Turner has battled the debilitating effects of Lyme disease since childhood and music "has always been her connection point with God." A radio single "My Prayer For You" is already circulating US radio.