Pioneering Christian rapper Believin' Stephen has returned to the scene 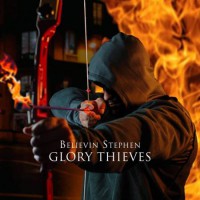 PHILADELPHIA-based rapper Believin' Stephen will shortly be releasing an album, 'Glory Thieves'. Two singles from the project, "Who Gets The Glory' and "Brokenness (ftg Braille)", have been released.