Call Of The Times

"Call Of The Times" single for Canadian emcee Rel McCoy 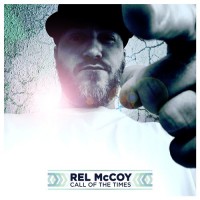 ILLECT Recordings have released a single, "Call Of The Times", by Canadian rapper and producer Rel McCoy. Read a press release, "Over a futuristic and funky groove, Rel flexes his powerful, poetic prose and goes against the grain of the music industry, society and the world as a whole."