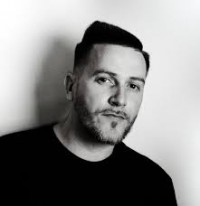 RAPPER AND producer Rel McCoy, from Toronto, Canada, has released an album, 'Feels Like Limbo', through Illect Recordings. Read a press release, "Rel's musings are a bullet train into the more introspective region of his psyche. As passengers, we come face to face with a man laying his soul bare in front of the court of public opinion. Over some perforating piano licks crafted by his own hands, Rel gets lower than an actual limbo and laments on his life in painstaking detail. Self-identity, dreams, the afterlife; it's all here and punctuated by his refusal to punch a clock with his writing hand. Ironically, even though he says he feels lost, one can't help but find their real sense of self buried among his reflective musings. Waiting for the clouds to break never sounded so good."