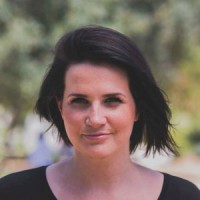 THE SECOND album for Bethel Music singer, songwriter and worship leader Amanda Lindsey Cook, best known for her "You Make Me Brave" classic, will be released on 29th March. 'House On A Hill' is described by Amanda as a journey of coming "through the trees, into an open field, where I could lie down and catch my breath." The Canadian-born singer has previously released albums under the name Amanda Cook and Amanda Falk.