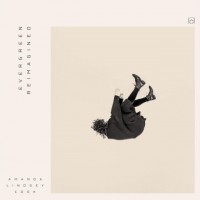 A DANCE remix of Amanda Lindsey Cook's "Evergreen", "Evergreen Reimagined", has just been released and is available across all streaming platforms. The song was written by Amanda, Jason Ingram and Paul Maybury and produced by Brian Willett. As CCM Magazine reported, "Breaking away from her more familiar worship sound, the remix represents a new direction for Amanda who is recognised for being the former lead vocalist for the world renowned collective, Bethel Music."