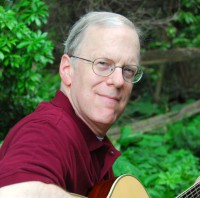 AMERICA'S critically acclaimed guitarist El McMeen has released the album 'Celtic Guitar Treasures'. Wrote McMeen, "I've just released a new compilation of my Celtic tunes recorded over two millennia (well, parts of two millennia). It is 77-minutes long and is available via download on CD Baby. This recording was originally prepared to accompany my tab/music book of the same title, but I decided to release it as a stand-alone project."