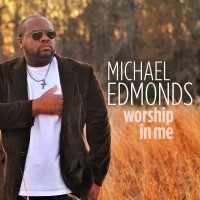 VETERAN gospel worship man Michael Edmonds has released a single, "Worship In Me", through INOV8 Music Group. Now based in Nashville, Edmonds, a native of Queens, New York, overcame a challenging childhood, including being raised by parents who were addicted to drugs and his mother dying of AIDS when she was only 28. Edmonds went on to appear on numerous TV shows and win several national music awards.