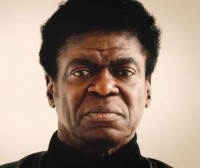 THE SOUL singer Charles Bradley, who after many years of poverty and musical obscurity found recording and touring acclaim in 2011 with his Daptone album 'No Time For Dreaming', died of stomach cancer in Brooklyn, New York on 23rd September this year. Read an obituary by Geoff Brown in Mojo magazine, "No soul singer of the modern age has been better equipped to sing of life's pains, hardships, tribulations, redemption and ultimate triumphs than Charles Bradley."

Born in Gainesville, Florida on 5th November 1948, Bradley grew up in New York. After running away from home at the age of 14 he lived on the streets, sleeping in subway cars for two years. Later Bradley did odd jobs and played small concerts for 20 years. He performed as James Brown impersonator Screaming Eagle Of Soul. Later he adopted the name Black Velvet. Finally in 2011 he was discovered by Gabriel Roth (aka Bosco Mann, co-founder of Daptone Records. Bradley's debut album 'No Time For Dreaming' was critically acclaimed and the following year he was the subject of a documentary Soul Of America directed by Poull Brien. The film told Bradley's story from his childhood, his days of homelessness, his gigs as Black Velvet and finally ended with him touring and recording at Daptone Records. The film included his performances at festivals around the world. Bradley released the albums 'Victim Of Love' in 2013 and 'Changes' in 2016.

Charles spoke about his faith in Christianity Today. "A lot of people haven't been through what I've been through and I couldn't get through without my faith in God. I believe in the promise of Jesus when he says 'Blessed are the meek for they will inherit the earth'. I hold God to his word. I didn't know God was going to do something through music but I knew that he knows I love music. He knew I would do great things with it and love others with it." In the autumn of 2016 Charles was diagnosed with stomach cancer. Successfully treated he went back on the road but the cancer returned in his liver and he died on 23rd September.